South grapplers are topped by Plainfield 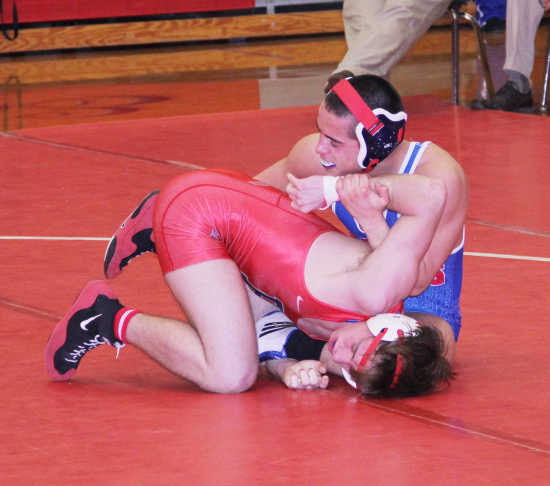 The South Putnam wrestling team lost at 35-34 decision to Plainfield on Tuesday in its final tune-up for the West Central Conference meet this weekend.

The two teams were tied 34-34 after all of the weight-class wrestlers had competed, but Plainfield was awarded an additional point for winning more matches.

"It was tough," SPHS coach Josh Hendrickson said. "We lost some that we should have won and won some that we maybe should not have won."

Plainfield bumped its 195 and 220 wrestlers up a class to strategize and it paid off.

Though they lost the forfeit at 195, sophomore Tristan Southwood beat South Putnam's Jake Williams with a pin at 220.

Junior Lane Hacker got six points for the Eagles at 285, but by then the win was out of reach.

"It's nice to get quality competition going into conference," Hendrickson said. "Everybody got a quality match."