Gene was born Oct. 20, 1954, the son of the late Gerald Pierce Sr. and Alice (Armstrong-Girton) Pierce Buchholz, and was the stepson of Jerry R. Buchholz I. 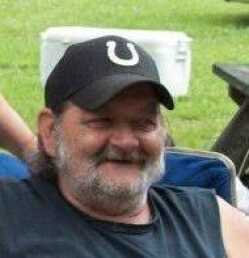 Gene was an owner/operator truck driver for more than 30 years. He was most recently contracted by Hobby Trucking.

In his free time he enjoyed mushroom hunting, squirrel hunting, working on his truck, watching the semis go by, hanging out with his fellow truckers, playing on his backhoe and dump truck, and fishing. But most of all he enjoyed spending time with his heart and joy, his grandkids.

The family has entrusted French Funeral Home, Brazil, with the care of Gene, with cremation to follow.

A celebration of life will be scheduled at a later date.

Visit www.frenchfuneralhome.com to light a candle in his remembrance.