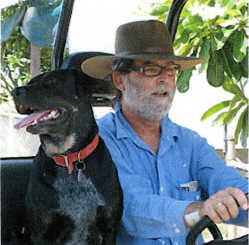 He proudly served his country in the Vietnam War and was awarded two bronze stars and several Vietnamese awards, including their medal of honor. He later served in the Royal Australian Air Force as a flight lieutenant.

Stanley was a member of the Ashlor Masonic Lodge No. 509 and on Sept. 1, 2012, he had the honor to be installed as Worshipful Master.

He is survived by his wife Alice Pate-Stout of Townsville, Australia; son David Goodson and wife France of Del Rio, Texas; grandchildren Avery, Gray and Grace Goodson; brother Rich Stout and wife Ginger of Greencastle; and godchildren Meredith and Alex Stronach and Bray and Amy Lang. He was also an honorary brother, uncle and friend to so many.

Stan was preceded in death by his parents and sister Joan.

Services are pending at this time and will be announced at a later date.