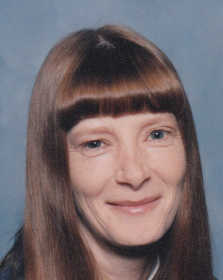 She was born in Greencastle on May 5, 1959, the daughter of Frank and Wanda Chadd Grimes.

She was a 1977 graduate of Greencastle High School and a 2001 graduate of Ivy Tech with a degree in accounting.

She had worked at TechnoTrim, the Walden Inn, and doing taxes for Esther Hurst.

She was preceded by her parents and grandparents.

Funeral services will be conducted at 11 a.m. Thursday at Bousley-Hays Funeral Home, Coatesville. Burial will follow in Little Walnut Cemetery.

Friends may call at the funeral home 4-8 p.m. Wednesday.