Clovers can't will win over Warriors in sectional quarterfinal 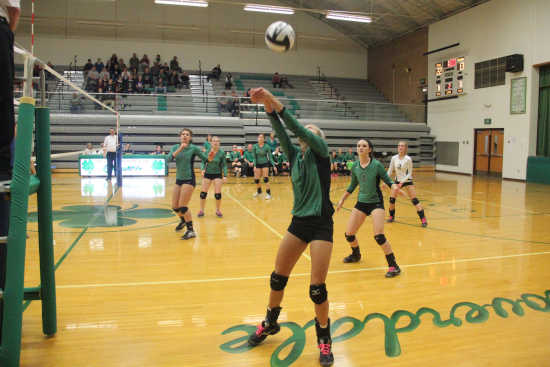 Cloverdale senior Beka Jordan covers a lot of ground to track down a ball and save a point for the Clovers during the second set against Covenant Christian on Tuesday. Cloverdale won the game but lost the match in the sectional quarterfinal. (Banner Graphic/GRANT WIEMAN)

CLOVERDALE -- The season came to an abrupt end for the Cloverdale volleyball team on Tuesday with the Clovers losing in the first round of sectionals to Covenant Christian 25-16, 17-25, 25-22, 25-10. 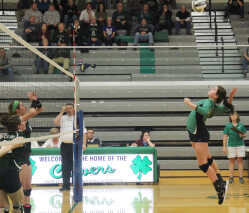 It was the first time since 2009 that the Clovers, hosting for the first time, have failed to make it to Saturday of the sectional tournament.

"I'm proud of these girls; they've worked hard and put a lot of time in," Cloverdale head coach Kathy Moore said. "We just weren't on tonight."

The Clovers have been outmatched for much of the season on size, but their passing and defense has always been crisp.

Cloverdale has had to excel in those little things to overcome a lack of attacking and blocking at the net, which have been inconsistent.

Covenant Christian has no such deficiencies. Led by junior hitters Ashley Clevenger and Miranda Voehringer at the net, both several inches taller than any Clover, and junior Courtney King serving, the Warriors jumped out to a quick one-set lead. 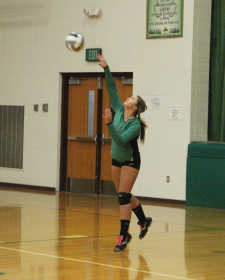 The Clovers fought back in the second set as their opponent struggled and their own passing improved.

"It's all about passing -- always," Moore said. "We were passing well in the second set and we were serving well."

Branneman blocked attempts on three straight points early in the set, stealing control of the net from the Warriors and forcing the opponent to adjust.

It took more than a game for Covenant Christian to find a route around Branneman at the net and, by that point, the Clovers had tied the match and built a 6-0 lead in the third set. 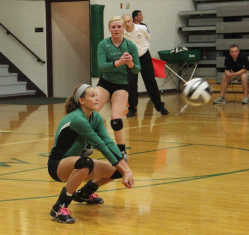 By then, though, the Clovers exhausting defensive plan started to come up short. 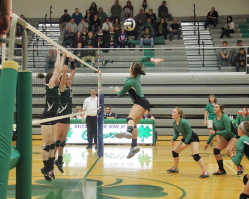 Covenant Christian scored 10 of 13 points during a stretch in the middle of the set, taking its first lead since the first game, and controlled play for the rest of the match.

"I thought we were in the match in the third set," Moore said. "We made a couple errors at the wrong time and it turned the match around. I think the third set could have gone either way."

By the fourth set, the Clovers had no new strategies or angles left to show.

"They have really good servers; we knew that coming in," Moore said. "We've been trying to go with the single block. Sometimes it's been effective, but tonight it wasn't particularly effective."

The Clovers' season was less successful on the court than the coach and players have come to expect, but it was just as rewarding as any year.

"This is a good group of girls," she said. "They have big hearts. They're scrappy. They try for everything. ... This is a wonderful group of young women and they do so many good things, not only here at volleyball.

"They're leaders in our school. They're smart. I've got academic honor people. It's just a good, solid group of citizens and I'm proud to say they'll be good citizens when they go on to school, and they're going to be successful." 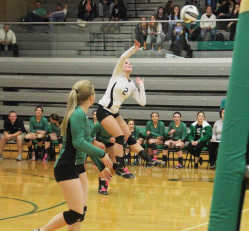 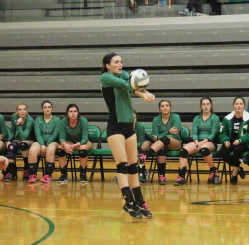