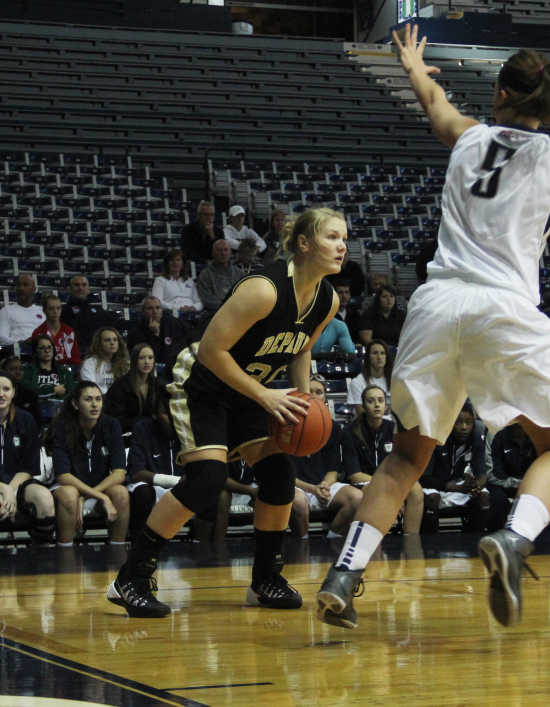 DePauw senior Alex Gasaway reads the defense during a scrimmage at Butler in the preseason. (Banner Graphic/GRANT WIEMAN)
Order this photo

Gasaway was on the third-team All-American team after last season when she helped lead the Tigers to the national championship.

Gasaway tore her ACL during the postseason last year but played through the injury and missed just a pair of games. She will be ready to start the season this year.

DePauw is ranked No. 1 in both preseason polls. The Tigers begin their season on Friday at Franklin College.