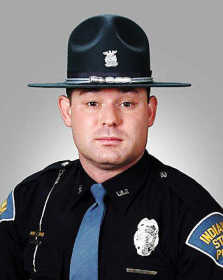 PUTNAMVILLE -- Indiana State Police Supt. Douglas G. Carter has announced the reclassification of Trooper Michael J. Taylor to the position of detective in the Putnamville District.

Det. Taylor joins a complement of six other detectives as well as two crime scene investigators, and one cyber crime investigator within the Criminal Investigation Division of the Putnamville District.

He is married with two children and resides in Vigo County.

"Det. Taylor is a fine addition to our investigative staff. His personality, work ethic and attention to detail will be great assets for working criminal investigations," First Sgt. Jeff Hearon, commander of Criminal Investigations at the Putnamville Post, said.