Janet Carol (Sommerfeldt) Hilligoss, 62, of Reelsville, passed away on April 17, 2014 at St. Vincent Clay Hospital with her family by her side, after a long fought battle with cancer.

Janet was born Nov. 9, 1951 in Indianapolis, the daughter of the late Adolth and Elsie (Day) Sommerfeldt. 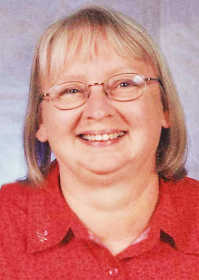 She was a member of Lawrence Central High School graduating class of 1970. Janet married the love of her life, Scott Hilligoss, on Sept. 1, 1973.

Janet worked at RCA on East 30th Street in Indianapolis. She then was manager of Movie Land through the mid '90s. Following that she worked at Little Lambs Day Care Center.

She enjoyed drawing and bird watching, especially hummingbirds. Her greatest passion was being a mother, grandmother and great-grandmother to her family and the children of Little Lambs Day Care Center.

She is preceded in death by her parents.

Services will be at 12 p.m. Saturday, April 26 at French Funeral Home with Pastor Alan M Farmer officiating. Visitation will be Saturday from 10 a.m. until time of service at the funeral home. Per her request cremation will follow.

In lieu of flowers, donations can be made to Riley Children's Foundation, 30 S. Meridian St., Suite 200, Indianapolis, IN 46204-3509, in honor of Janet Hilligoss and her brother-in-law Steven Hilligoss.

Visit www.frenchfuneralhome.com to light a candle in her remembrance.