A mayoral candidate in the upcoming City of Greencastle primary election has been arrested on alcohol-related charges, according to Putnam County Jail records. 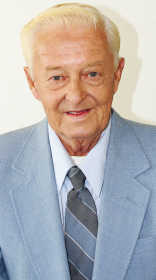 James R. Wright, 72, of 902 S. Illinois St., Greencastle, was lodged in the Putnam County Jail at 10 p.m. Saturday after being involved in a one-vehicle accident about three hours earlier on Greencastle's north side.

Wright, one of two Republican candidates for mayor in the May 5 primary, was northbound on U.S. 231, driving a 2007 Pontiac Vibe near the Putnam County Fairgrounds, Deputy Mike Downing reported.

The car ran off the east side of the highway, striking a guardrail about 6:30 p.m., the accident report states.

Wright originally told the deputy that he missed his turn. But when Downing noted that the fairgrounds entrance was some 100 feet behind him, Wright changed his story, the deputy reported, saying he blacked out momentarily and that must have been when he hit the guardrail.

Wright later volunteered a statement "that he had consumed several alcoholic beverages before heading home," the police report stated.

Impact trapped Wright in the vehicle and the driver's-side door had to be cut from the car by Greencastle Fire Department firefighters in order to extricate him.

Wright, who was transported to Putnam County Hospital (PCH) via Operation Life ambulance, suffered cuts to his head and hand but did not sustain any serious injury, reports indicated.

Under certified blood testing at PCH, Wright registered a blood-alcohol content of .156 percent, nearly twice the legal limit (under Indiana law, a person is considered intoxicated with a BAC of .08 percent or greater).

The police report listed the car driven by Wright as being owned by Doris Toteno of Greencastle, who told police Wright is in the process of buying it from her. The title, however, is still in her name.

Total property damage in the accident, including several feet of guardrail, was listed in excess of $10,000.

Making his initial appearance in Putnam Superior Court Wednesday afternoon, Wright had a not-guilty plea entered for him by Judge Denny Bridges. 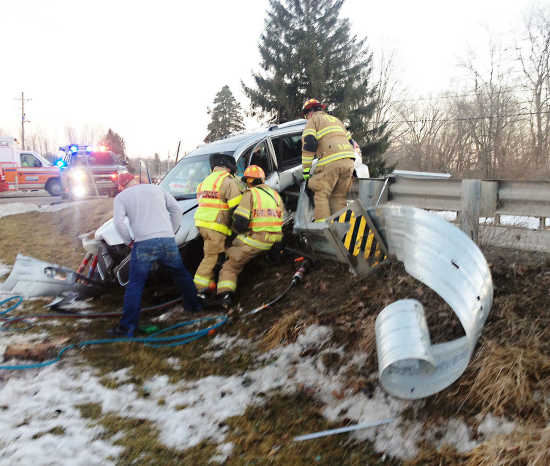 With the 2007 Pontiac driven by Jim Wright, 72, Greencastle, pinned against the guardrail along U.S. 231 north of Greencastle, firefighters work to remove the driver's side door to freehim from the wreckage Saturday evening.

The court appointed Darrell Felling II to represent Wright, who is retired, and set a pretrial conference for 8:30 a.m. June 10.

Wright, who was wearing a sling for injuries sustained to his arm in the accident, was told by Judge Bridges during the brief court appearance that he will not be able to drive as a result of the offenses against him.

A former Greencastle street commissioner, Wright is a Republican candidate for mayor, scheduled to face Haywood Ware in the primary. The GOP mayoral winner will then go up against Democrat Bill Dory in the city general election on Nov. 3.