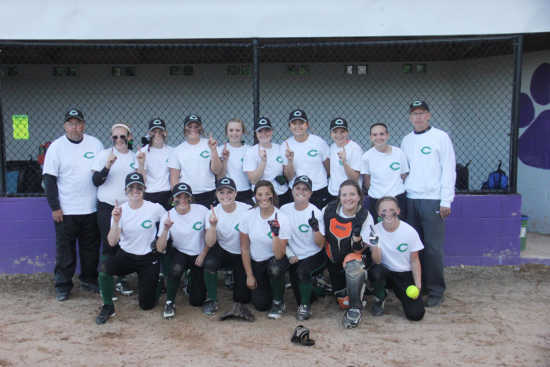 In what was the final West Central Conference season, the Cloverdale softball team beat Greencastle to win the conference title. (Banner Graphic/JAY LOCKETT)
Order this photo

A high-scoring affair brought out the best in the two Putnam County softball teams as Cloverdale defeated Greencastle for the third time this season and won the Conference title for the first time in school history.

The game started out slowly with Cloverdale taking an early lead behind Hannah Long and Kelsey Helterbrand's scores. Helterbrand then earned an RBI in the second inning scoring Jessica Winders, before Helterbrand was knocked in by Kimmy Winders, who also scored Long with her second-inning double. 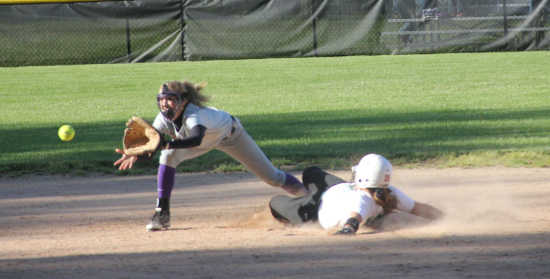 CHS' Skylar Price just gets under the tag by Brynne Shuee of Greencastle. (Banner Graphic/JAY LOCKETT)
Order this photo

Cloverdale was up 5-0 before Greencastle's Brynne Shuee scored on a passed ball after her double.

Greencastle then made it a game when Kenlee Johnson smacked her fifth homer of the year, scoring Skylar Hensley and pitcher Julia Mundy.

CHS managed a score in the fifth when Makayla Westell scored on a passed ball. The Clovers then scored four runs in the fifth with Kiley Shedron earning an RBI and Greencastle errors leading to other runs. 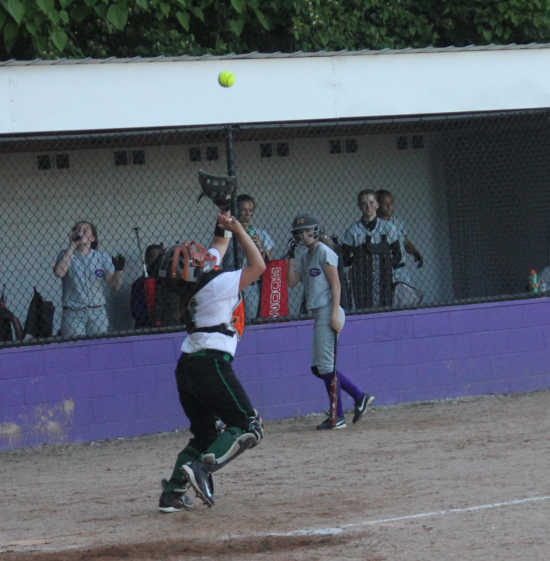 With the score 10-4 at the bottom of the sixth, CHS was in good shape but Greencastle was not ready to give in.

"We were down six runs and we could've given in," GHS coach Dave Keller said. "At the end of the day I'd rather lose with these girls than win with anyone else. This is a great group." 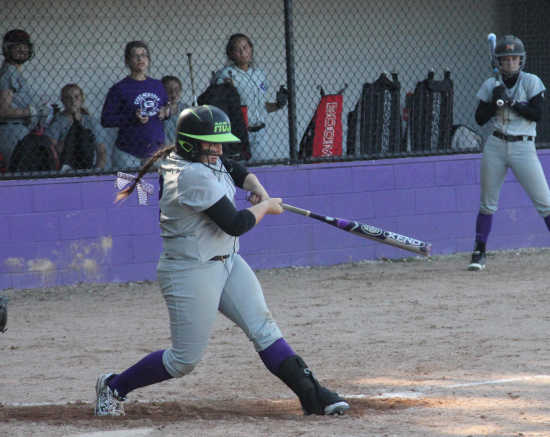 "I was thinking, we can do this," Jessie Winders said.

It was then the Lady Clovers' time to respond and they responded big. While going through their lineup almost twice, Cloverdale scored nine runs to end the inning.

RBIs were earned by Long, who had one, Kimmy Winders and Meek who each had two and Shedron who had three RBIs in the inning.

Meek, who sealed the game Monday night against GHS, came through again, this time allowing her defense to put an end to the game.

Kimmy Winders made a tough catch on a flyball near the first-base fence and Bailee Stevens snagged a fly to centerfield to end the game.

Every single Clover scored in the game and almost all the Tiger Cubs crossed home-plate as well.

CHS coach Jim Spencer said his team deserved the big victory but advised them that the work wasn't done yet with county and sectional tournaments drawing near.

With the win, the West Central Conference champs will be playing against North Putnam for the Putnam County Title on Thursday while Greencastle's next match will be in the Tri-West sectional on Tuesday against Danville.

Cloverdale will be playing with the other county schools in the Cascade sectional against Monrovia on Monday at 10 a.m. South Putnam will face Speedway at noon and North Putnam plays against Covenant Christian at 2 p.m.