He was born to Charles and Goldie Murray in Oklahoma City, Okla., on Aug 21, 1946, they preceded him in death. 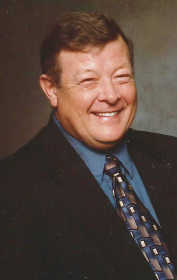 He was also preceded in death by his first wife Judy Leveritt in 1999, as well as older brother, Lonnie, and an infant sister.

He served in the 45th Infantry Brigade, Oklahoma National Guard as a cook.

Steve worked as a machinist at Tinker Air Force Base, Oklahoma, in 1966 until retirement in 1993.

Steve was a long-serving lover of God, and a member of Soul Harvest Church of Cloverdale.

He was an ardent Oklahoma Sooner fan and especially enjoyed attending football games with son Tim.

Steve was a lifetime member of the NRA and American Rabbit Breeders Association. He was also a member of the Putnam County Coin Club.

Services will be conducted at 6 p.m. Thursday, May 28 at Soul Harvest Church in Cloverdale.

Memorial contributions can be made to Soul Harvest Church building fund.