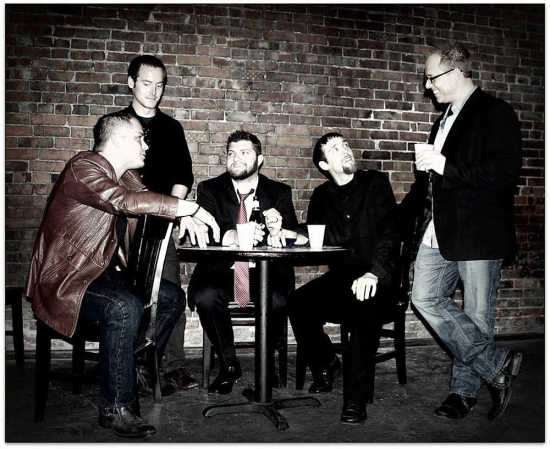 Ellusion, a Terre Haute-based group, will perform at First Friday in Greencastle from 7-10 p.m. July 3 on the north side of the courthouse square. (Courtesy photo)

Area residents can get an early start on the Independence Day holiday by celebrating First Friday this Friday, July 3 on the courthouse square in Greencastle.

This week's live outdoor entertainment (remember to bring lawnchairs to ensure comfortable seating) will be Ellusion, a Terre Haute-based rock band that has performed a number of times at The Swizzle Stick as well as during the annual Greencastle Music Festival sponsored by Almost Home.

Ellusion -- an energetic cover band that plays blues, funk, rock, alternative and pop -- will play a free concert Friday from 7-10 p.m. on the outdoor stage on the north side of the courthouse.

Described as a regional band, Ellusion typically performs in Indianapolis, Louisville, Chicago, St. Louis and everywhere in between.

Besides the music of Ellusion this week, First Friday will include:

-- The Greencastle Rotary Club Fun and Fellowship Tent on the north side of the square.

-- The Greencastle Farmers Market also plans to have a presence to help whet everyone's appetite for its Saturday morning offerings.

-- The Putnam County Public Library will offer art and music at PCPL from 5-8 p.m.

The monthly First Friday celebration, which began in May, will continue through October with a special musical event slated monthly on the north side of the square.

First Friday organizers Gail Smith of Almost Home and The Swizzle Stick and Tami Van Rensselaer of the Greencastle/Putnam County Development Center have been spreading their enthusiasm for a celebration of the revitalized downtown, enlisting local merchants and other organizations in the effort that began in May 2014 and seems to grow with each month of entertainment and fun.

The Greencastle effort is designed to bring the community together with live music and a family atmosphere.

"We are always looking for more booths and interesting displays for First Friday," Van Rensselaer said.