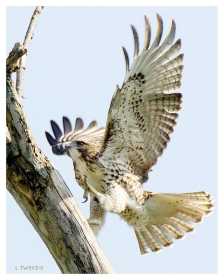 Putnam County Public Library is partnering with the Rivers and Roads Artisan Trail to present a First Friday art show and sale.

Seven area artists will be showcased during the event Friday at the library from 3 to 5 p.m. Several pieces will also be on sale during the show. Along with the art show, singer Anthony Mullis "Gus Moon" will perform from 5 to 8 p.m.

Organizer Barbara Timm said this is the first time partnering with the Rivers and Roads Artisan Trail, which is an initiative of the Rural Urban Entrepreneurship Development Institute (RUEDI) at Indiana State University. 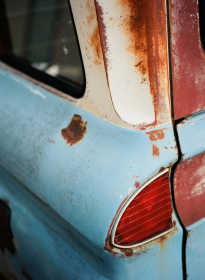 Information provided by Timm states the goal of RUEDI is "to promote cultural tourism and raise awareness about the talent and availability of locally crafted products."

Among the local artists is painter Lavinia Hale. A brief biography describes Hale taking her first child to art and watercolor classes. She is a graduate of Brigham Young University with a bachelor's degree in Visual Arts. She is married to Jacob Hale.

"When Jacob graduated, the young family moved to Lafayette so Jacob could continue his studies in physics at Purdue University. That is when they discovered Putnam County, and instantly fell in love with the landscape and small-town feel," the bio explains. 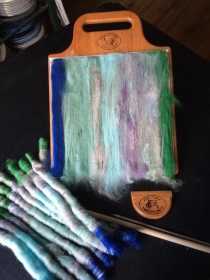 Ceramic artist Lance Myers will be presenting his work at the event. Myers claims to get his inspiration from "the river, woods and surrounding fields for his eclectic hand-built and thrown pottery."

Myers is the owner of Fillmore-based business Pinhook Pottery. The shop, established in 1990, sits along the banks of Big Walnut Creek.

Painter Holly Sims is no stranger to showing off her work. The Greencastle native received a bachelor's degree in Psychology and Fine Arts from Anderson University and master's degree in painting from New York Studio School. 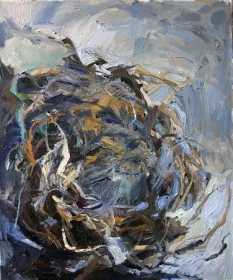 Her art has been seen from central Indiana to New York City, with pieces included in the William Louis Dreyfus Family Collection in Mt. Kisco, NY.

Photographer Andrew Cooper has a bachelor's of fine arts degree from Savannah College of Art and Design. He has resided in Georgia, Colorado, Alaska and is now back in Indiana where he grew up.

When it comes to photography, Cooper said he prefers "seeing depth, richness and a story." 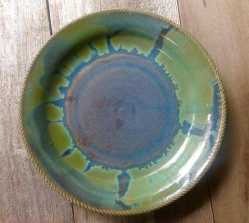 Robert Sorrels is a wood sculptor, who has recently been working with the art of Haiga, a process which he has made his own.

"Recently I've been exploring the art of Haiga, the combining of an image, traditionally a Sumi brush painting, with a Haiku, a traditional Japanese poem. My work substitutes sculpture for the brush painting," Sorrels explained.

Photographer Lynn Tweedie began making images as a Girl Scout with her first Brownie Camera. Her photography focuses on butterflies, birds, animals, wild and domestic plants, as well as kitsch. Some pieces are portraits, while others focus on behaviors, motion or patterns found in the wild. 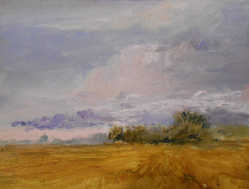 Tweedie's work can be found in the Indiana Plant and Wildflower Society's quarterly newsletter as well as the Greencastle Farmer's Market and Putnam County Museum's gift shop.

Heidi Warren works with fibers, which began when her children started working with rabbits in the county 4-H. One of the breeds was an English Angora, whose long fur is known for use in craft and creation. The family learned how to spin and knit the fiber and later added Shetland Sheep for more fiber.

PCPL would like to continue hosting similar events if the community expresses interest, Timm noted.