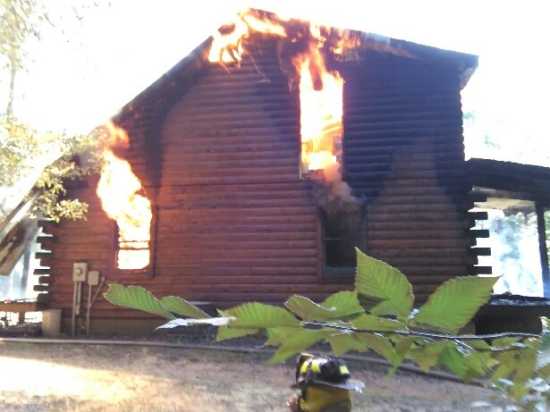 REELSVILLE -- Some alert passersby awoke a sleeping teenager inside a burning home Saturday.

Rusty Nance, Heather Boutwell and Henry Stitzle found the fire late Saturday morning at 6068 W. CR 800 South. While also alerting authorities, the trio yelled inside to make sure everyone was out.

Kodi's mother Tracy Britton is the owner of the property. She was not home at the time of the fire.

The Reelsville Volunteer Fire Department was dispatched at 11:45 a.m., with their engine arriving eight minutes later to find the garage and two-story log cabin fully engulfed.

Two cars in the driveway in front of the house were also on fire. 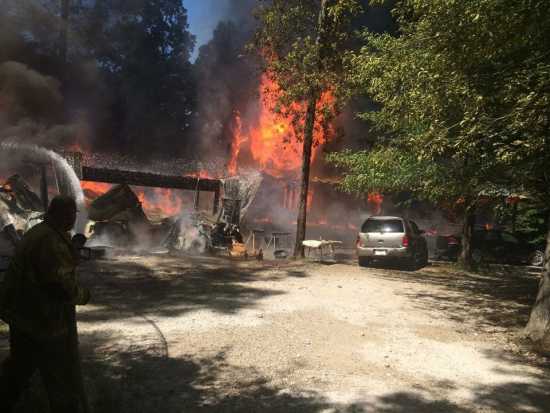 The fire was intense enough that shortly before noon, the pillar of black smoke could be seen from Cagle's Mill Lake, several miles to the east. One witness even saw smoke as far east as south of Mount Meridian.

Due to the advancement of the fire and hot temperatures, several departments were called to assist Reelsville, including Greencastle, Cloverdale Township, Madison Township, State Farm, Poland, Jackson Township (Clay County) and Bainbridge.

The house, garage and two vehicles were all deemed total losses, including contents.

Firefighters used 40,000 gallons of water in extinguishing the blaze.

Despite the property losses, there were no injuries.

Also assisting at the scene were Operation Life, Duke Energy and the Red Cross. 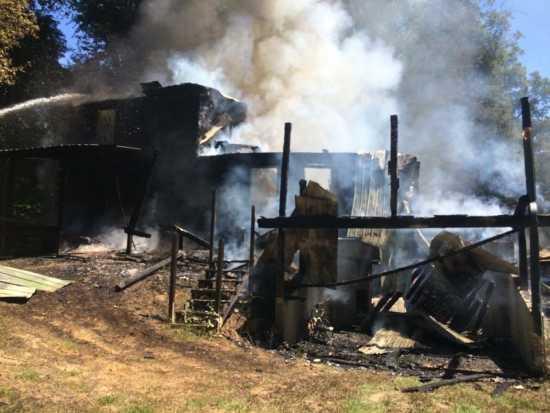 The last firefighters cleared the scene at 5:30 p.m.