Banner Graphic/Jared Jernagan
Backing his patrol boat into the water at Cagle's Mill Lake, Putnam County Sheriff's Department Water Safety Officer Kim Suitors displays one of the challenges to both his patrol and lake access in general this summer. Water has been so high for much of the summer that boats had to be launched from the road, not the regular ramp. The high water also kept the beach underwater and the fishing pier (top right) inaccessible to all but strong swimmers.

CUNOT -- As part of a 35-year Indiana Conservation Officer career, Kim Suitors spent untold thousands of hours patrolling the waters of west central Indiana and other parts of the state.

However, the veteran conservation officer made it clear to Stockton that he wasn't planning to be an enforcement officer for the department. He had done that as a CO and was now much more interested in the safety and education possibilities of such a job.

As it turned out, that was exactly the kind of program the new sheriff also had in mind. 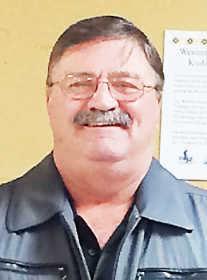 "We're just trying to ensure that everyone's safe out there -- just educate the people a little bit," Suitors told the Banner Graphic during a Saturday patrol in early August.

As such, Suitors and a team of PCSD deputies and reserve deputies have spent weekends and holidays this summer patrolling Cagles Mill and Glenn Flint lakes, mainly talking to boaters, fishermen and swimmers.

Others on the detail have included Deputy Mike Downing and reserve deputies Rick Lambert, Robert St. John, Fred McEntire, Brad Nelson and Riley Houghton. All of the officers have completed a boater education course.

Suitors also credited the support of jail matrons Ashley Lytle, Vova Johnson and Tresha Clearwaters for the success of the program.

A typical day weekend or holiday includes two or three officers patrolling the waters of Glenn Flint and Cagles Mill, splitting time between the two. Generally, two officers are on the boat with another patrolling the shore, visiting with people on the beach and fishing piers.

Those unfamiliar with the officers will sometimes cast a suspicious eye as a boat with police officers approaches, but Suitors is quick to disarm them.

"How's the fishing today?" is a common opening query from Suitors.

From there, it's the normal chitchat of an early August Saturday on the lake: The fish aren't really biting ... Yeah, it's hot but the breeze is all right ... The water's still high, but not like it was a few weeks ago.

After a minute or two, Suitors gets around to the questions he really needs to ask, in particular "Do you have enough lifejackets for everyone on board?"

On this day, everyone has enough flotation devices, so the day passes without even a warning.

"People have been really good this summer," Suitors said. "We've given a few warnings, but no tickets unless you have somebody who's intoxicated out of his mind."

If there are kids on a boat, though, it's a special treat for Suitors. If he finds kids wearing their lifejackets, they are rewarded with candy and a whistle, all compliments of Sheriff Stockton.

Even the grownups sometimes get a waterproof phone case or buoyant keychain, also imprinted with the information of the Putnam County Sheriff's Department.

With people so cooperative, the biggest challenge of the year has perhaps been the high waters, particularly at Cagles Mill Lake. As of the beginning of August, no significant rain had fallen in more than a week, yet the lake was well beyond its normal banks, with the beach and boat ramps still well under water.

Having to launch from the road rather than the normal ramp seriously limited boat traffic, even as the waters began to subside.

Whatever the circumstances or traffic, Suitors seems to enjoy being out on the water, leading a team that's educating the county on water safety.

"The guys are really doing a good job," Suitors said.