Putnam County United Way will be kicking off its 2015-16 campaign by taking its show on the road this Friday, Sept. 4.

"We are taking our campaign Pacesetters to 'Cruise Across the County' in a party bus provided by York Automotive mid-morning," Putnam County United Way Executive Director Jennifer Edwards said. "We plan to make a stop in most of the downtowns or business districts to hand out goody bags with our campaign information along with favors from our Pacesetters." 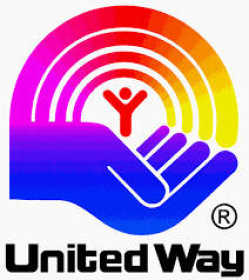 To be Pacesetter, a business or organization must either host an employee campaign or pledge $500 or more to United Way prior to the start of the campaign.

On Friday evening, DePauw is hosting a 5-6 p.m. reception at its M2 Music Squared Space for the United Way board, its partners and Pacesetters and will have a booth just outside for First Friday where volunteers will be handing out campaign information. United Way will also have the High Striker game in which people can participate for a donation. Each participant will earn raffle tickets for a $100 gift basket provided by Mill Pond.

At the booth, United Way also will be signing people up for the Kroger Community Rewards and the Amazon Smiles program, both of which donate a portion of their purchases to the organization.

Additionally, United Way also will be promoting its Sept. 11 golf scramble at Clover Meadows where veterans can golf at half price.