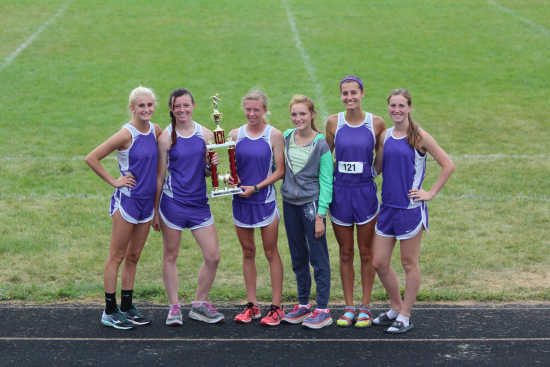 LAFAYETTE -- Greencastle's cross country team made the trek to Lafayette this weekend for the McCutcheon Maverick Stampede Invitational. While the boys came away with a fourth-place finish scoring 106, the Lady Tiger Cubs took the first-place trophy, scorching the competition with just 47 points.

"Mother Nature was good to us again this Saturday," GHS coach Garry Anderson said. "We had nice temperatures to run in and no rain or wind. All of our boys were able to compete in this meet for the first time this season. There were several new schools at the meet and that made the competition tougher. Most of the additions were larger schools. I told the team going into the meet that we were capable of competing with them step for step throughout the meet. All they had to do was approach the meet with a positive approach by moving up one position at a time the entire race."

The Lady Tiger Cubs were paced by Emma Wilson. The freshman earned her first-place finish, running a 18:59 almost two minutes faster than her competition. 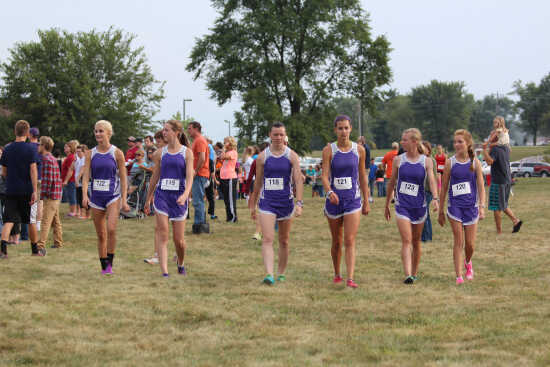 GHS' win was partially due the pack running of the talented Greencastle runners.

"Once again the girls were able to pack together and placed very well to win the Invitational. I think this was a very strong performance for the girls from top to bottom," Anderson said. "Team captain Corrie Romer was a bit gimpy due to a cramp about halfway through the race and encouraged others to move ahead of her. Emma Wilson, freshman, came on stronger and stronger as the race progressed. She did a good job of leading the team to first place. It was really pleasing to see Pershing, Stoffregen, King, and Lewis so close together at the finish."

The boys did well and Anderson hopes that in later meets the boys can pack closer together and run lower times.

"I hope we can close the pack a little tighter each meet as the season progresses," Anderson said. "I thought Clayton Wilson did a real nice job of competing up with the top four or five runners throughout the race. He has really worked hard to get better. Most of the team keeps working hard in practice and are really set on doing better each meet. This is nice to see. The meet was a tightly run race with the scores being very close for the first five teams. The Greencastle boys placed fouth in the varsity race and second in the JV race. I was really pleased with the JV guys. We were able to place four in the top 10 in that race. Freshman Ethan Tuggle, who competed for the first time this season due to an injury, finished thirrd overall and first for the JV team."