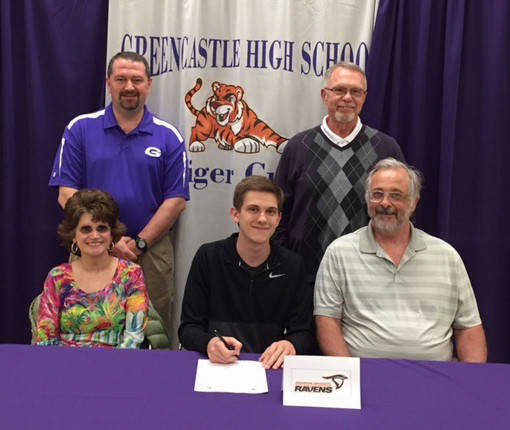 In Coble, coach Owen Handy is getting a 6-foot-3 scoring specialist who last winter averaged 27.9 points per game.

He shot 77 percent from the free throw line, and added to his scoring numbers by contributing 8.6 rebounds, 5.6 assists and 2.7 steals per game.

The Ravens are an NCAA Division III school which competes in the Heartland Collegiate Athletic Conference.

Anderson finished 13-12 overall last season and 9-9 in the HCAC, tying the Ravens for sixth place.

More than half of the 10 HCAC member schools are from Indiana, with the others being Rose-Hulman, Hanover, Manchester, Franklin and Earlham.