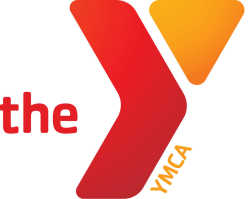 Although questions abound, the possibility of a YMCA community center for Putnam County remains alive.

When, where and how seem to dominate any discussion of the community center matter, which has been under scrutiny by the Wabash Valley YMCA and its board of directors.

Some of the lingering questions could be answered Tuesday, May 24 when local officials converge for what Greencastle Mayor Bill Dory called a community kickoff meeting at City Hall.

The session will be a "bring-everybody-up-to-speed meeting," Dory said of the 7 p.m. public gathering.

"It's kind of waxed and waned since the end of the year," the mayor said of the subject, "so we're going to ramp it back up."

Members of the Greencastle City Council, Park Board, Redevelopment Commission and Board of Works are scheduled to be joined for the discussion by the YMCA board, Dory said.

Questions still persist over a possible location for the community center. None has been chosen. The YMCA board may offer some input into that on May 24.

YMCA officials have stressed that a 15-minute-drive radius from the core of the population (in this case, Greencastle) to the community center is a necessity for successful membership.

How much space will be needed for the community center is another concern, although Mayor Dory recently told the Redevelopment Commission that something in the 32,000- to 38,000-square-foot range with a construction cost of $8-10 million has been suggested.

But those issues, of course, are likely to be revisited before anything is ever set in stone.

At some point, as City Council and Redevelopment Commission member Gary Lemon suggested, "We need to decide, 'what can we afford?'"

The site itself would need to be big enough for not only ample parking but for the possibility of future growth. Something in the 5- to 10-acre range has been suggested by local officials.

Also important to any site selection are visibility and ease of accessibility.

That much was suggested as well last fall when former Mayor Sue Murray updated the Council on the YMCA issue prior to a memorandum of understanding being approved --- without obligation at this point -- that states the city would build a community center facility and the YMCA would operate and staff it and run its programs.

"One thing we know," then-Mayor Murray said, "is we (the city) can't afford to run the program. We don't have funds like that in Mr. (Rod) Weinschenk's Park Department budget."

And findings in a recent YMCA report agree with that notion.

"The enthusiasm of the focus group and community forum members indicate that community expectations can possibly be higher than what the City of Greencastle and the YMCA are able to deliver," the report stated. "The reality is that Greencastle cannot build a facility that citizens will not or cannot support."

That report also raised the issue of whether or not an aquatic center should be included.

"In communities the size of Greencastle," the report stated, "YMCA USA's prior experience indicates the members of the Greencastle YMCA would not be able/willing to support the operating cost of aquatic center. That doesn't rule out a pool, it just highlights that it will take an act of generosity or some significant partnerships where the operating and construction cost is spread to several partners."