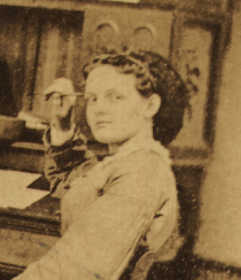 Bettie, born Oct. 19, 1850, was among the first five women to enter Asbury College (DePauw University) in 1867. In 1870, she founded Kappa Alpha Theta, the first Greek-letter fraternity for women.

Bettie stated in later years, “You know the fraternity was always second in my mind to coeducation. It was organized to help the girls win out in their fight to stay in college on a man’s campus. We had to make a place for women in a man’s world, and the fraternity was one means to that bigger end.”

Kerri Hemmelgarn is running in honor of Bettie Locke Hamilton. She will carry to torch on the DePauw campus. 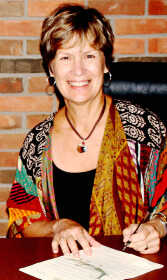 Sue is a well-known civic activist. She served for 25 years as a hospital social worker, was president of the Putnam County Community Foundation and president of the Greencastle City Council.

Sue served as mayor of Greencastle for two terms during which time Greencastle was chosen as one of the first two Stellar Communities for the State of Indiana. Sue was proclaimed the 2016 Citizen of the Year by the Greater Greencastle Chamber of Commerce.

Sue Murray will also be riding in the 1928 Studebaker fire truck while carrying the torch along Locust, Seminary and Jackson streets in Greencastle, ending at the Putnam County Courthouse. 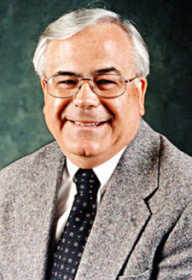 Darrel Thomas will be walking with the torch along portions of Franklin and Indiana streets, around two sides of the Putnam County Courthouse.