An excuse 108 years in the making 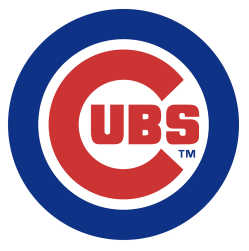 As long as there have been institutions of higher learning, students have been finding ways to get out of class.

But rarely has an excuse been so impassioned, so compelling or so well received as that of DePauw University senior Julie Block.

A lifelong Cubs fan and Chicago native, Block was at Wrigley Field for Game 5 on Sunday. After the Cubs’ 3-2 win sent the Series back to Cleveland, she had a choice to make: Remain in her hometown to witness history from Wrigleyville on Tuesday and (possibly) Wednesday or return to Greencastle for classes.

For Block, there really was no choice, so she penned an epic excuse note to English Professor Harry Brown.

There comes a time in everyone’s life when they must decide between learning history and experiencing history. Alas, that time for me is now. With the Chicago Cubs off to Game 6 of the World Series on Tuesday evening, I have chosen the latter (although I prefer to recognize it as a civic duty more than a “choice;” see below.)

In her note, subsequently shared with the Banner Graphic, Block explained that she was already remaining in Chicago on Monday for a job interview.

I have decided that I cannot leave the city and miss out on a once-in-108-years opportunity to witness this historic moment. Because of the timing of Game 6, and the likelihood that there will be a Game 7 on Wednesday (I’m an optimist,) I will, unfortunately, not be able to attend class on Wednesday. I understand if this is recognized as an unexcused absence; however, I would like to lay out a few reasons why I think the World Series is a viable excuse for missing class:

Block then crafted a bit of rhetoric any DePauw professor should be proud of from a student.

1. I am a journalist, and it is said that the news is the first draft of history. It would go against my journalistic integrity if I did not get as close to the making of said history as possible.

2. I feel it is imperative that I document the Chicago atmosphere during this time so that, when it is studied in this exact class a few hundred years from now, it will be historically accurate.

3. Were I to return to campus for Wednesday’s class, my level of distraction would likely be so high that I would cause more of a disruption by being there than by not being there. My absence will be for the good of the class as a whole.

4. Four generations of Blocks have come and gone without witnessing the a World Series win. For the sake of my ancestors, I must see what they could not.

5. I do not know if I will have the pleasure of living in Chicago again once graduation rolls around in May, so this may be my only chance to be in the city when my home team wins it all. It is, quite literally, a once-in-a-lifetime opportunity.

Block’s sixth and final thesis was perhaps the best.

6. My father is Jewish and my mother is Catholic, so my family does not have a recognized religious affiliation. However, we do all have Cubs Christmas stockings and a Cubs menorah, in addition to sending out a Cubs-themed Christmas card every year, so I consider myself religiously affiliated with the Cubs. Really, I will be absent due to a religious holiday.

Whether or not her absence was excused, Block concluded by making it clear she really wasn’t awaiting Brown’s reply to make her decision.

Regardless of whether my absence is excused or not, I will be sure to get notes from class and keep up with the reading. Additionally, I plan to participate extra on Friday to make up for the class I am missing. I apologize for the inconvenience, and hope that you understand my situation. I also hope that this email was as fun for you to read as it was for me to write. I will see you in class on Friday — hopefully wearing World Series Champions gear and a big smile.

For his part, Professor Brown credited the note as the best he’s seen in 21 years of teaching, and assured Block it was not a problem.

As it turns out, Block’s optimism paid off, with the Cubs winning Game 6 by a score of 9-3 Tuesday night.

Game 7, scheduled for 8 p.m. today in Cleveland, will determine exactly how historic Block’s excused absence was.