Texas man arrested on I-70 for transporting illegal aliens 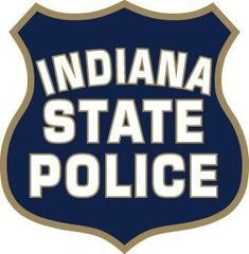 Procopio Torres, of Houston, was lodged in the Morgan County Jail at Martinsville, charged with three counts of harboring and transporting illegal aliens (a Class A misdemeanor) and one count of operating a vehicle while never licensed (a Class C misdemeanor).

At 11:09 a.m. Wednesday, an Indiana State Police Commercial Vehicle Enforcement Trooper stopped a 2005 Hyundai Elantra for havng an expired registration plate near the 55-mile marker of eastbound I-70.

During conversations with the driver, the trooper reportedly noticed possible indicators of criminal activity.

Further investigation revealed the three juvenile male passengers possessed no identification and did not know the driver. In turn, the driver did not know them and was believed to be driving the males from Texas to an unknown location in New York City for profit.

The three juveniles, believed to range in ages from 12 to 16, were taken into protective custody until relatives can be located.

There is no information available as to why the three were specifically being transported to New York, but human trafficking is a possibility, Indiana State Police said.

Assisting in the incident was the federal Immigration and Customs Enforcement (ICE) agency.