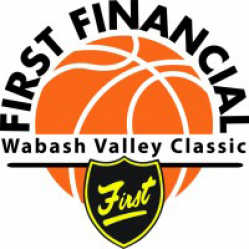 Patrick Rady cannot complain about the tough and busy schedule his Cloverdale Clovers have played this season.

He wanted it that way.

The Clovers will begin what could be a stretch of four games in four days in the First Financial Wabash Valley Classic at Terre Haute South by meeting Linton-Stockton at 5:30 p.m. on Monday in the first round.

“That’s one of the most premier tournaments going right now,” said Rady, who will be coaching the first game at his alma mater on a court which is now named after his father. “The atmosphere is great, and it’s defintely a tourney that prepares you for March. Everything that we have done this year is ultimately preparing us for the state tournament.”

Rady’s team was defeated by Linton-Stockton in this tournament last year, and while the Miners lost several key players to graduation he knows it won’t be easy.

“Linton is one of the best defensive teams we’ll play all year,” Rady said. “They do an oustanding job of pressuring the ball, and their defensive rotations are great. We’re going to have to really execute offensively.”

Rady is envious of the winning culture that has blossomed in Linton’s athletic programs, after the Miners appeared in their third straight regional championship basketball game last spring, followed that up by winning the baseball sectional and then culminated a great 2016 by going undefeated in football and winning the state title.

“That’s definitely something when you look at those kids you can just tell that they are very, very confident,” Rady said. “That’s ultimately where we want to get at Cloverdale — where we expect to win.”

Rady was not thrilled on Wednesdy night that his team lost a big second-half lead and had to ride a late 3-pointer by Cooper Neese to force overtime.

But, to find a positive, he says it’s the kind of game you have to be able to learn how to win in order to make a long tournament run.

“Games like this one, where you can come back after not finishing a game off, can give you confidence,” Rady said Wednesday. “Winning breeds winning, and that’s hopefully as an athletic department where we are taking strides across the board and changing that culture.

“Linton definitely has it.”

Half of the field will play four games, while half will play just three.

The championship game will be played at 8 p.m. on Thursday.