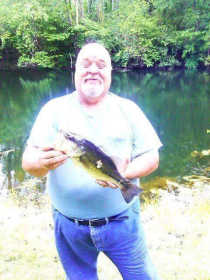 He was also a volunteer fireman with Reelsville V.F.D., Posey V.F.D., Honey Creek V.F.D., Brazil Search and Rescue and he served as a volunteer EMT with the Putnamville Park Road Course.

He was preceded in death by his granddaughter Arabella Myers, and two brothers, Bill Rogers and Dan Rogers.

Visitation for Big Jim will be at Lawson–Miller Chapel, 1702 East National Ave., Brazil, from 4-8 p.m. Friday, Jan. 13. Services will be at the funeral home at 11 a.m. Saturday.Burial will follow at Clearview Cemetery.