Taken into custody at his residence on Lincoln Hills Drive was Jonathan A. Matt, president and registered agent of JMJ Preservation Services LLC, which conducts business from a principal office at 7518 E. CR 400 South, Coatesville. 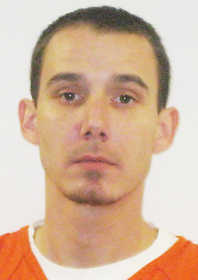 Matt is facing 20 counts of band fraud in the alleged scam.

The investigation claims Matt obtained a reported total of $224,753 as a result of a fraud scheme, transferring funds to his account without the consent, authorization or knowledge of the physician victim. The scheme was allegedly perpetrated over a period from January 2013 through approximately June 15, 2015.

FBI agents from the Indianapolis Field Office, acting along with Putnam County deputies, served a federal arrest warrant initiated by the United States Attorney's Office in the Southern district of Indiana.

The arrest unfolded in the early morning hours Thursday without incident as Matt was then transported to Indianapolis by the FBI for his initial arraignment charged with 20 counts of financial fraud.

Matt's criminal history, according to the public records website Doxpop, includes an August 2008 Putnam County arrest for check fraud and as a habitual offender, both Class D felonies.

He eventually pleaded guilty in Putnam Circuit Court to check fraud and was sentenced by Judge Matt Headley to three years in the Department of Correction, including one year executed as a direct commitment to Community Corrections.