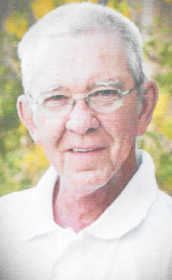 James grew up in Cloverdale and graduated from Cloverdale High School in 1964.

Following graduation, he enlisted in the United States Army and served 20 plus years during which he completed three tours of duty in Vietnam, specializing in Explosive Ordnance Disposal (EOD) and on several Presidential Protective Services Details (PSD). In 1986, James retired with the rank of master sergeant.

James returned to Cloverdale, where he began working for the State of Indiana as a correctional officer for the Plainfield Correctional Facility and retired as a roadway engineer project manager from INDOT.

Once retired, he moved and resided in Coolidge, Ariz.

James was married to Thelma Jean Young from January 1967 until June 1981.

On Aug. 22, 1981, he married Hannelore Elisabeth (Nettermann) Querner in Marburg, Germany. They were happily married for 32 years.

James was involved with the EOD organization in Coolidge, Ariz.

He enjoyed bowling, going to casinos, traveling and spending time with family and friends.

A memorial service will be held Saturday, Sept. 23 at Whitaker Funeral Home, 201 N. Lafayette St., Cloverdale. Visitation will be from noon to 2 p.m. with burial services immediately following at Cloverdale Cemetery.

The children will be greeting family and friends immediately following his services at the American Legion, located at 1401 Indianapolis Rd., Greencastle.