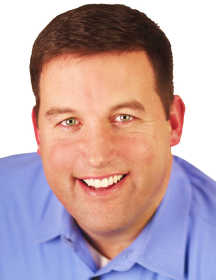 District 24 State Sen. John Crane --who represents the northern half of Putnam County from the middle of Washington Street in Greencastle north -- has announced that he will not be seeking the 4th District U.S. Congressional seat in 2018.

The 4th District covers 16 counties, including both Putnam and Hendricks counties, where Sen. Crane currently serves. That congressional seat will be vacated by Congressman Todd Rokita who is seeking to unseat Sen. Joe Donnelly in 2018.

“I am greatly humbled by so many people I respect who have approached me over these past six months and asked me to consider running for this higher office,” Sen. Crane said in a statement issued over the weekend. “While I recognize the serious times in which we live and the ongoing need for principled conservative leadership in the 4th District, there is only one person in world who can be a father to my kids for such a time as this. The continued investment in my family and training up next generation leaders remains a high priority for this season of our lives.

Crane founded the Sagamore Leadership Initiative in Hendricks County in 2009, which helps next generation leaders learn how to leverage their influence for good. He and his wife, Jean, have four children, ages 8 to 14 years old, and live in Avon.

Sen. Crane was elected to State Senate District 24 in November 2016.