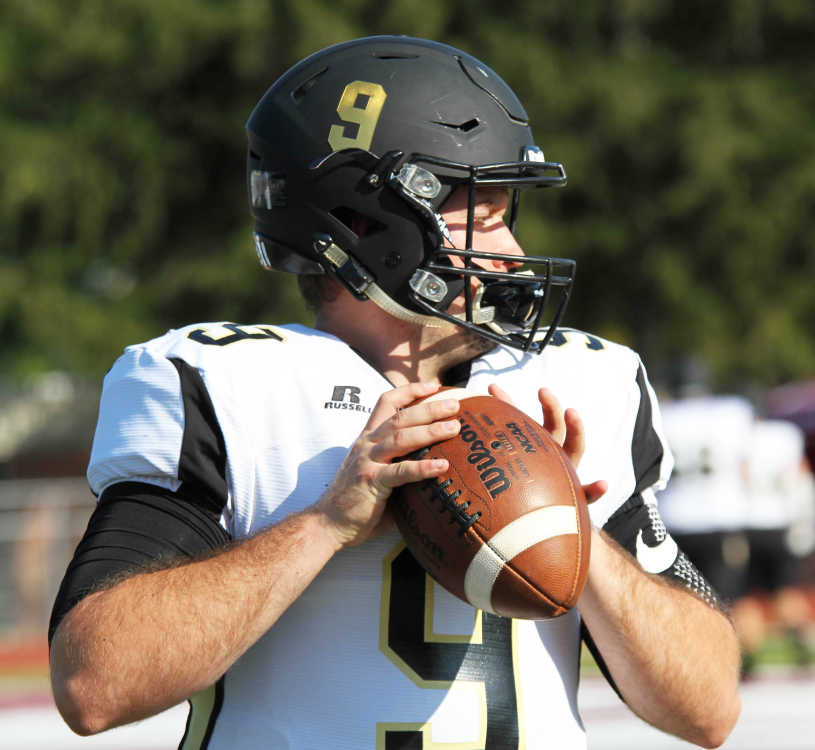 Mark Osmialowski has been around the gridiron since the age of two.

“I enjoy being around the guys and seeing how, since I’ve been here, that this program has developed into a team of one,” he noted. “We’re a close-knit group on and off the field. It’s fun just being together and playing a game we all enjoy so much.

“My shoulder and foot injuries in the past couple seasons have kept me off the field more than I’d like,” he added. “It’s been a rough patch personally, but I know my role. I just want to go out and help us achieve success in any way I can.”

One of those ways could lead the 2014 Cloverdale graduate to a career working with the inner mechanisms of football.

“I’ve always thought coaching and teaching would be a good route for me (in the post-graduate world),” he admitted. “Since I’ve had the opportunity to work with (assistant coach Logan) Haston on the sidelines in regards to sending in plays and assisting (starting quarterback) Alex (Downard) with the flow of a game, my thought process has shifted to wanting a chance in the collegiate coaching ranks.

“As a quarterback, you’re always game-planning,” he explained. “You see what the defense does with coverages and blitzes and so on. I take that one step further, as I want to know how the offensive line is blocking on certain plays and against different schemes. It’s fascinating to me. It’s been a big help for Alex, too, as I let him know what I see from the sidelines, and then we talk with Coach Haston to let him know what we’re viewing situationally.” 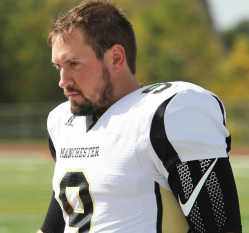 He’ll get a chance to step into a student coaching role when spring ball for the 2018 campaign begins next April.

“I’d love to still be here next year as a graduate assistant or something along those lines,” he indicated. “The atmosphere and community feeling here is great … However, I’ll go wherever the opportunity presents itself.”

All of this from a self-made signalcaller of sorts.

Due to coaches rotating through at a high rate during his Cloverdale High School career, he turned to the World Wide Web to learn some drills.

“I’d look up different footwork and passing mechanic drills and so forth to keep myself ready for the next season, as we, unfortunately, had turnover (at the head coaching position),” he noted. “It was my way of learning.

“I’ve always made my role (in football) one of knowledge,” he added. “I understand my limitations, especially here in Manchester with the surgeries I’ve had. I want the knowledge to overcome those.”

Switching situations to his personal life, Osmialowski has to be logistically aware, too.

Moving toward a December 2020 wedding with fiancée Taylor Spangle, a 2016 Manchester University graduate; holding down an off-campus job at Ace Hardware in North Webster and working two campus jobs in maintenance and with the United Postal Service deliveries, it may get daunting for the physical education major to keep his head above water.

“I’m the type of person who needs to write everything down,” he said. “Every Sunday night, I look at my week and put it on paper … every little thing.”

Logistically planning for success on and off the field … just like Mark Osmialowski likes it.