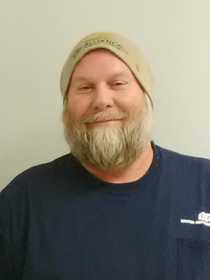 FILLMORE -- During its recent regular meeting, the Fillmore Town Council elected Bill Ashcraft as the Ward 1 representative and C. J. Huller as its interim president.

The need for a third member and new president came last month when long-time member and president Curt Leonard announced he and his family had moved outside Fillmore.

Ashcraft said he has lived in the community for 30 years and served as a firefighter in the Fillmore Volunteer Fire Department and a reserve deputy for the Putnam County Sheriff’s Department. He was nominated by Huller, and the vote was unanimous.

With no nominations for interim president, Huller volunteered for the position, and the vote was unanimous. Huller will serve as interim president until official officer elections take place at the Jan. 4 regular meeting at 7 p.m. in the Fillmore Town Hall at 2 N. Main Street in Fillmore.

-- Police: Town Marshal Darrell Bunten reported that his police car is 18 years old and many agencies are in leasing agreements that give them a new car every three years.

Clerk-Treasurer Tom Gilson said that a vandalism had occurred over the weekend at the post office in which posters were taken down and stuck inside the outgoing mail boxes. No police report had been filed.