Candidate filings slow for May primary 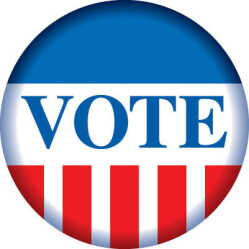 The filing period for the May 8 Primary Election has started slowly in Putnam County, but a slate of Republican candidates is beginning to take shape.

As of mid-afternoon Friday, no Democrats had filed for county office.

Voter Registration Clerk Stacia Hathaway told the Banner Graphic traffic in her office has been slower than usual for the opening of the filing period, which lasts through noon on Friday, Feb. 9.

Although he must file with the Indiana Secretary of State, Prosecutor Tim Bookwalter also provided Hathaway with a courtesy copy of his paperwork.

Like all current county officeholders, Bridges, Fuhrman, Berry and Bookwalter are all Republicans.

Others who will appear on the county Republican ballot are Jerrod Baugh for sheriff and Janet Brown for assessor.

Current Sheriff Scott Stockton is expected to seek a second term, but has not yet filed his candidate packet with the Voter Registration Office.

Assessor Nancy Dennis has said she plans to retire at the end of 2018.

Among these incumbents, none has officially announced whether or not he or she plans to seek another term.

Indiana Secretary of State Connie Lawson has not officially released a list of candidates who must file with her office.

However, the Banner Graphic has confirmed that Republicans Jess Norton and Beau Baird, as well as Democrat Kim Fidler, have filed their paperwork with the state to run for Indiana House District 44.

All township trustee and township advisory board positions (three per township) throughout the county are also on the ballot.

Local candidate packets can be picked up from or turned in to the Putnam County Voter Registration Office on the courthouse second floor, from 8 a.m.-4 p.m. Monday through Friday.

State candidates may file their declaration of candidacy (form CAN-2) with the Secretary of State or the Indiana Election Division.

Further information can be found by calling the Election Division at 317-232-3939, or visitingwww.in.gov/elections.