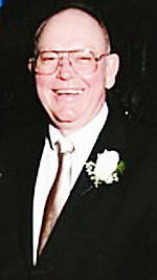 He was a 1959 graduate of Bainbridge High School.

Lyle retired from IBM in 1993, where he had been a parts analyzer. He had also worked at Black Lumber and owned Cooper Craft.

Lyle was a former Eagle Scout and Boy Scout Troop leader. He was active with South Putnam football, and coached little league and Babe Ruth baseball in Fillmore.

He was preceded in death by his first wife, Karen Gorham Cooper, in 1995; his parents; and sisters, Phyllis Logelin and Ella Minnick.

Funeral services will be held at noon on Saturday, Aug. 4, 2018 at Bittles and Hurt Funeral Home. Greencastle. Entombment will follow at Stilesville Cemetery.

The family will receive friends from 5-8 p.m. on Friday, Aug. 3 at the funeral home.

Memorial contributions may be made in memory of Lyle to Habitat for Humanity.