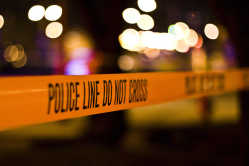 GROVELAND — A man was airlifted to a Terre Haute hospital Thursday night after an alleged stabbing incident in the area of the Groveland BP/McPherson’s Market.

Police do not have too many details to reveal at this point, but a victim suffered a knife injury in an incident around 9 p.m. and was taken by helicopter to Terre Haute.

A Putnam County Sheriff’s Department detective said Friday morning that the victim is not yet able to be interviewed, so details remain scarce in the case.

Police have no suspect information to release.

Authorities hope to have further direction once they speak to the victim.

The investigation is ongoing.

Medical helicopters were called to two locations in Putnam County at around the same time Thursday night. Another helicopter was called to the area north of Old Hickory Golf Course for a farming accident.