CLOVERDALE -- With major road construction within Cloverdale slated to begin shortly, town officials only recently began the process of accepting a bid for the needed work.

During a special meeting called Friday evening, the Cloverdale Town Council, with member Don Sublett absent, unsealed bids from two construction firms seeking to accept repavement work on 32 streets within the town. The project is the main concern for a recently awarded Community Crossings grant. 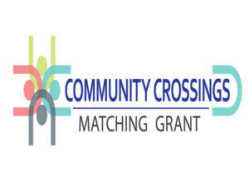 After Town Manager Wayne Galloway handed the envelopes to him, Council President Larry Fidler read the total cost amounts projected by the bids. The bid from Wabash Valley Asphalt, based in Terre Haute, would cost a little under $565,000. In contrast, the bid by Wallace Construction, based out of Martinsville, would total over $1,220,000.

The bids were then handed back to Galloway, who will help determine which one would better serve the town based on the firm’s previous work and consideration of the cost. The council took the bids under advisement until it convenes in the future to accept either offer.

The grant, similar to those awarded to municipalities like Russellville, is one that stipulates a 75-25 percent split in the construction costs between the town and the state.

Along with this consideration, the council, with opposition from Vice President Cindy Holland, also accepted a bid from Ottawa Instant Homes to perform demolition and removal at 335 Someday Way. Responding to a specific question by Fidler about the time it would take to dismantle and remove a frame on the property, Ottawa Homes owner Don Gedert said it could take 10 days to complete the job.

Councilman Greg Jay recommended that the $3,213 bid be accepted because it was the cheapest and met the minimum requirements. A bid by Ray’s Trash Service out of Clayton totaled $5,500, while the third from Chad Cummins offered to do the work for $7,075.

In other business, Clerk-Treasurer Cheryl Galloway asked the council to advertise for bids to rent farmland owned by the town. Galloway said that the land is opened up for bids to earn extra money. The bids will be due on March 8, and they will be unsealed at the council meeting that month.

Galloway then made a request to appoint Marilyn Culler, a Greencastle resident and the assistant director of the Media Fellows program at DePauw University, to represent Cloverdale through the Putnam County Visitors Bureau. This inspired some debate from the council and Gedert, who felt that a Cloverdale resident was needed to advocate the town’s commercial interests.

The council sympathized with Gedert’s concern, but also felt that not having another representative was not in the town’s best interests. Galloway said that Culler would replace current representative Christina Payton, who will be stepping down due to being unable to attend the bureau’s regular meetings. The council cautiously approved Culler’s appointment.

Galloway also introduced an ordinance that dictates numbering on buildings and residences in the town. The ordinance is primarily aimed at ensuring that first responders can easily find an address during an emergency.

In a separate announcement, Fidler announced that he will be asking the Cloverdale School Board for a non-voting member to sit on the Cloverdale Redevelopment Commission. This is so that the board can provide input on the commission’s initiatives and how funds are allocated.