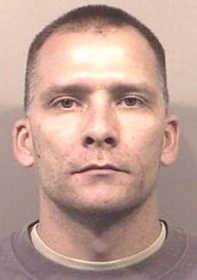 FRANKLIN -- A 38-year-old Putnam County man has been convicted of multiple child crimes, including child seduction, in Johnson County.

Jeramey A. Butler of Cloverdale was convicted by a Johnson County jury on Level 6 felony counts of child seduction and dissemination of matter harmful to minors.

In January 2017, the mother of a 17-year-old girl told Greenwood Police that Butler approached the teenager a month earlier, asking if she wanted to some “serious money” by making a pornographic video. He then reportedly showed her still photographs of some videos that had been posted to a pornographic website.

The next morning, he reportedly asked her if she’d made a decision, then court documents showed, he picked her up and laid her on a bed and started touching her in a sexual manner. The incident occurred in a Greenwood home in December 2016.

When the girl told both her boyfriend and mother about the incidents, they notified police.

Evidence was discovered on Butler’s cellphone substantiating the timing of the incidents.

The jury deliberated only an hour before finding Butler guilty.

Butler, who faces six months to 2-1/2 years in prison for each count, is scheduled to be sentenced June 10.