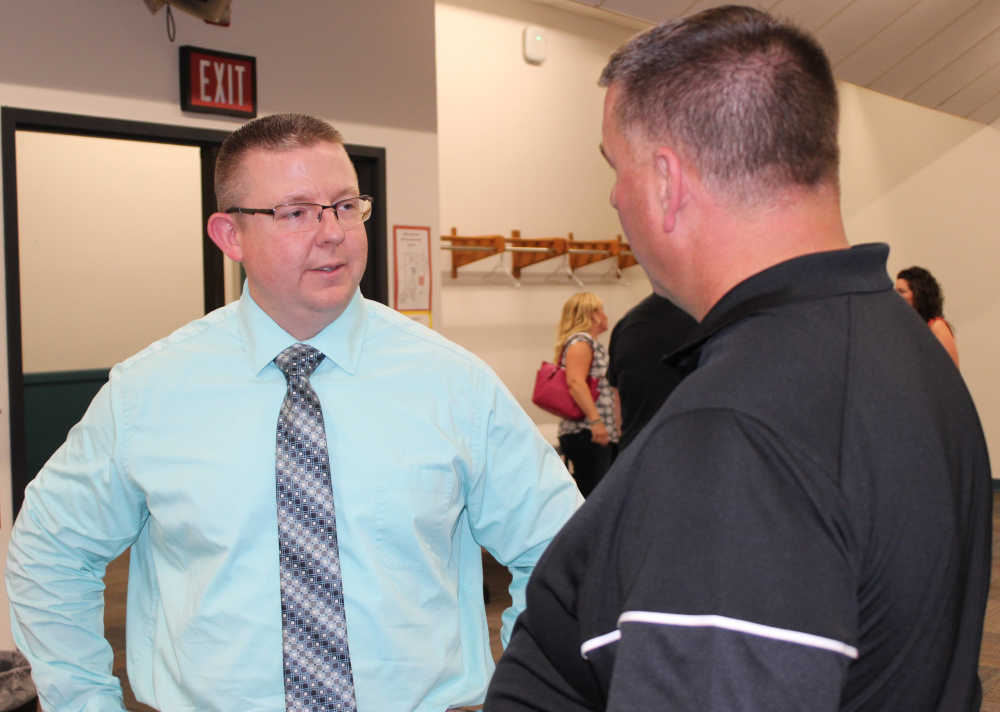 Fulfilling an essential supporting role for students with disabilities in Putnam County and surrounding areas, an educator with years of experience in meeting these needs is Old National Trail’s newest special education director.

With more than 10 years working in special education in the Indianapolis area, Joe Kwisz comes with an eye toward community and building on the work of ONT, which serves the Cloverdale, North Putnam, South Putnam, Eminence and Mill Creek school corporations.

Kwisz began his new stead on July 1, succeeding Diana Meo, who resigned on May 14 and will be a teacher in the developmentally-delayed preschool at Fillmore Elementary School.

Prior to his appointment, Kwisz was the special education director at Greater Clark County Schools from 2018 until he came to Old National Trail. While there, he was in charge of all Title programs, as well as ELL (English language learner), preschool and high ability programs.

Previous to that, he was the special education director at Elwood Community School Corporation from 2015 to 2018, where he was also a head football coach.

From 2010 to 2015, he oversaw only special education at Anderson Preparatory Academy, in addition to being a head football coach there as well. Kwisz began his academic career as a special education teacher working with emotionally challenged students at Greenfield-Central Community Schools from 2006 to 2009.

In a unique twist in his professional journey, Kwisz ran his own entertainment company in Indianapolis for eight years, DJing at weddings and other similar venues prior to his teaching in Greenfield.

Though he grew up in Indianapolis and spent his high school years and early adulthood in Knightstown, Kwisz’s wife Jessica is originally from Eminence. While he had planned to stay in Clark County, the opportunity to work with Old National Trail provided a good reason to, more or less, return home.

“Communities like this in general are good to work with, and I’m familiar with the challenges that they have,” Kwisz told the Banner Graphic.

“Greencastle is also a great place to raise a family and to dig some roots,” he further said of the community supported by Old National Trail, and its partners such as the Area 30 Career Center, that he’ll become a part of.

Though the quick and fairly long move from down south has been a rather big transition, Kwisz said he is eager to get to work with school administrators and leaders to serve his students with special needs in Putnam County.

“We’re super excited as a family for this opportunity,” Kwisz said. “Professionally, ONT is a great place. I’m impressed with the quality of service it provides, and I’m looking forward to working with everyone.”

Kwisz and his wife have three daughters, 11-year-old Natalie, four-year-old Elliana and two-year-old Madalyn. They are hoping to be settled north of Greencastle next month.