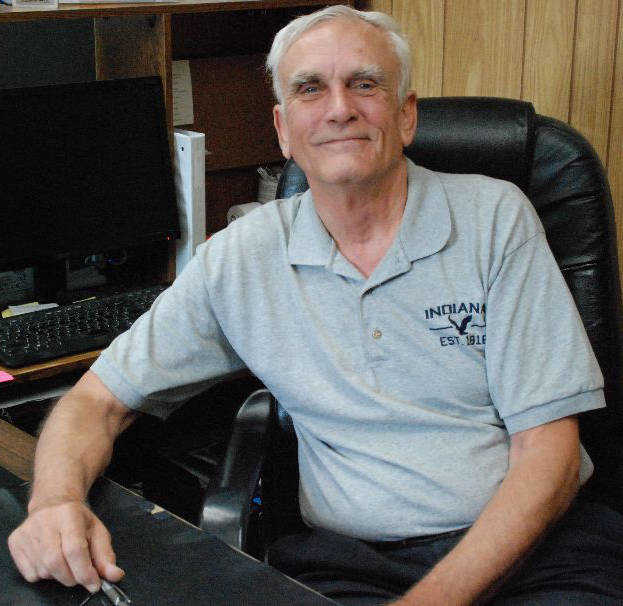 Cloverdale musician and insurance man Glen Furr will be the grand marshal at the annual Cloverween event this Saturday.
Courtesy photo

The Sixties, the Beatles and the Final Four are part of Glen Furr’s experiences growing up in Cloverdale. Now, he can add being the grand marshal for this year’s Cloverween.

The Beatles? Oh, “Yeah, Yeah, Yeah” he can’t forget seeing the Beatles at the Indiana State Fairgrounds Coliseum, with screaming girls so loud it was hard to hear the music.

Furr challenges music lovers that the 1960s and early 70’s are in the “best music of all time” category. Now, he gets his ukulele out with a group of other music lovers to play weekly. He’s been strumming for nearly eight years.

A super music enthusiast who “likes to sponsor and support local bands,” Glen Furr and his insurance agency have backed the bands for the last five years.

Furr has a wonderful family with his wife Sue and five children, Glenn Jr., Kenneth, Dennis, Carolyn and Steven. Many of his children also enjoy playing and listening to music. He loves spending his free time playing music with his family.

At Cloverdale High School where his aunt Cleo Cruesdel was a history teacher, he made sure to stay in line and behave at school. Cleo would stop by to talk to his parents after work each day and reported on his behavior.

A high school highlight for Furr was participating with the basketball teams in their 1966 journey to the Final Four. Furr was on the junior varsity team at that time. Cloverdale was the smallest school left in the IHSAA tourney when they went to Hinkle Fieldhouse. This was an experience that he will never forget.

As a business man, Furr would like to see more businesses invest in Cloverdale.

“We could use a good coffee shop,” he thinks.

Back in 1974, he joined The Glen Furr Agency, a family business that his dad started in 1952. He put his business degree from Indiana State University into practice on Main Street.