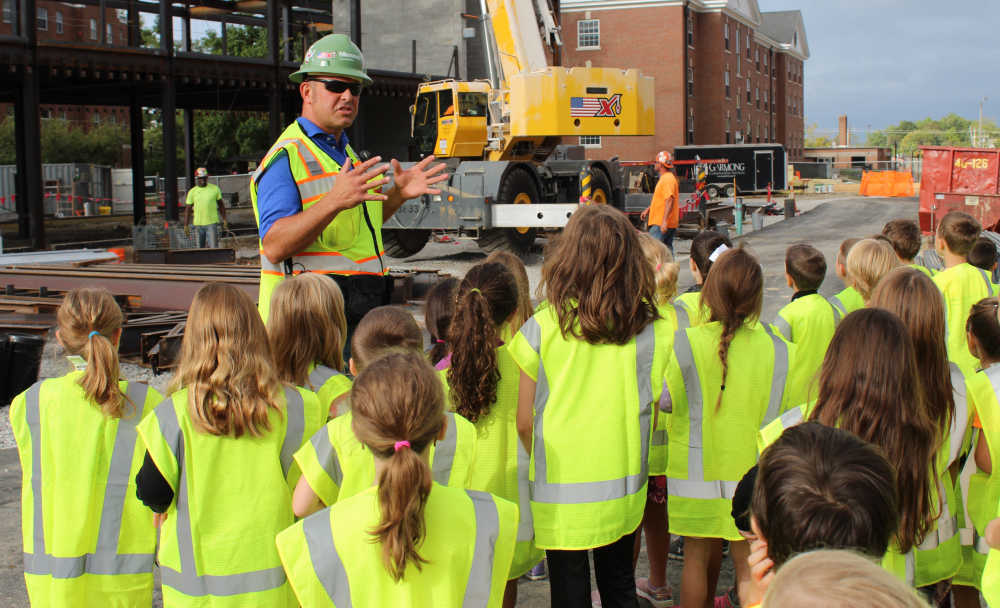 Students from Ridpath Primary School got an opportunity to see the construction of a new dorm on DePauw University’s campus firsthand Thursday morning.

Classes taught by Heather Miller, Kellina Croan and Julia Stevens were invited by Messer Construction leaders to learn about safety at the job site, as well as to get some insight into what goes into creating a new building. 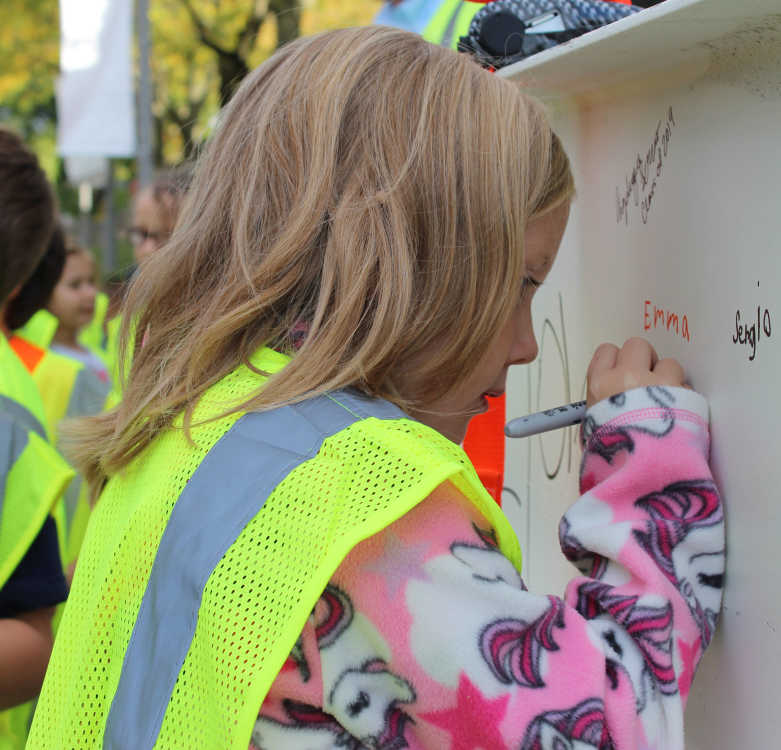 Josie Huey signs her name on a beam which will go into the construction of the dorm.
Banner Graphic/Brand Selvia

The three of them explained the basic importance of high-visibility safety vests, eye protection and hardhats to keep workers and supervisors safe.

Martino, Heine and Shoemaker also answered questions submitted by the students, which inquired about everything from the materials and equipment used during the construction to how the roof is made.

“Construction is for men and women, boys and girls, all the time,” Martino said during the presentation.

“It’s for everybody,” Heine affirmed.

Before the group walked to the construction site just across the street from the Pulliam Center, the students were provided with their own safety vest, as well as a carpenter pencil and small, squishy hardhat.

Though they were unable to go directly into the heart of the work being done, the students got excited when a crane lifted a beam to the top of the skeleton of the new dorm, cheering as it was then secured by a worker.

They also got to sign their names on a beam which will be installed at a later date.

All three classes are currently studying buildings and construction, and have watched the ongoing work since it began last March. As such, Messer Construction took the initiative and reached out to Miller to set up Thursday’s visit.

“We were just planning on sitting outside and talk about the construction,” Miller said. “Gino was wonderful, and this was a great experience for the kids.”