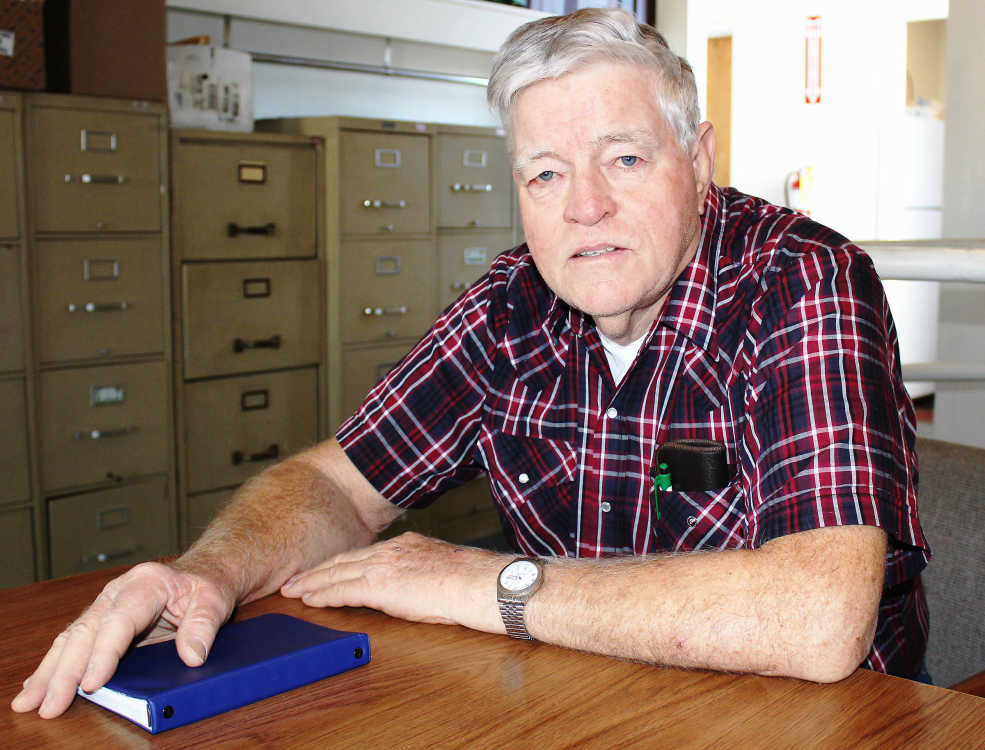 Known as “The Lip” during his glory days guiding the Brooklyn Dodgers, New York Giants and Chicago Cubs, legendary baseball manager Leo Durocher often let his mouth engage ahead of his brain.

Well, Dale Cantonwine — one of the nicest guys on earth — is living proof that Leo was wrong again.

Cantonwine, when last featured in this space in 2017, was at the end of his rope. Facing declining health and unable to do many of the things that have made Dale Cantonwine Dale Cantonwine over the years (farming, gardening, helping out at the fair), he turned to the public for help in finding a new kidney.

Cantonwine had been on the kidney transplant list for more than a year at that point, and was getting dangerously close to going on dialysis in order to purify his blood as a substitute for normal kidney function. At the time, he was down to 13 or 14 percent kidney function.

“I wouldn’t wish that on anybody,” Cantonwine assured.

Two years and eight months since he first came to us for help, there is good news — no, make that great news — to report on the Dale Cantonwine front.

No, nice guys don’t finish last. At least not on the kidney transplant list.

Three weeks ago, after more than four years on the transplant list, Cantonwine got the telephone call he and wife Velvet had been praying for.

“I got the phone call about 11 o’clock on a Wednesday night that they found a kidney for me,” Cantonwine said this week.

The donor was a middle-aged woman who died of cardiac arrest somewhere in Indiana.

By that Friday, Cantonwine had a new right kidney. Turns out the surgeon who did his operation at IU Medical Center was actually the one who had harvested the kidney.

The next Wednesday, Cantonwine was already home recovering. He’s had five or six check-ups so far, he said, and continues to progress.

He still has some right side abdomen swelling, Cantonwine said, adding that his restrictions include no driving and not lifting anything more than eight pounds, which he said, “is about a gallon of milk.”

“So it’ll be a while,” he said of getting back to full strength.

With recovery No. 1 on his to-do list, Cantonwine didn’t buy any calves this year, so there’s no feeding to worry about. And he’s rented out his cropland for someone else to farm the property he owns three miles west of Brick Chapel.

“I do plan to have my garden again next year,” Cantonwine said excitedly, adding that he looks forward as well to spending more time with three grandkids “just down the road.”

Good guy that he is, Cantonwine is on the lookout for helping others, even as his prayers have been answered.

“Almost anybody can be a donor,” Cantonwine added. “When my dad passed away all he could donate was skin, but for burn victims who need skin grafts, that’s important. Women can donate hair for cancer patients.”

Back in 2017 when Cantonwine was hoping someone might provide a match and donate a kidney to him, his doctor said a kidney transplant could double his life expectancy.

Cantonwine called his kidney transplant “a major birthday gift,” noting that he got the kidney just two days before his 72nd birthday.

“One of the nurses asked me what I was going to do next year to top it,” he said.

Like we said, nice guy. And he’ll never finish last.