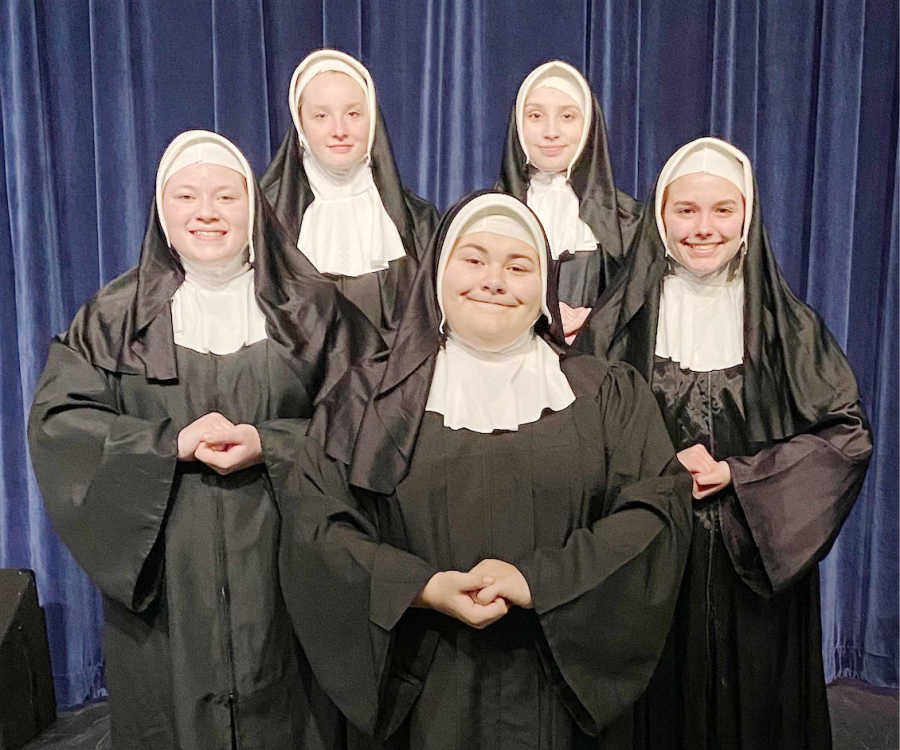 Tickets are $7 for adults, and $5 for attendees under 12 years of age. Children under four years old are free. Doors will open 30 minutes prior to the start of the performance.

The original off-Broadway production opened in 1985, running for 3,672 performances and becoming the second-longest-running off-Broadway show in history.

Returning from a bingo game, five of the 19 Little Sisters of Hoboken realize their cook has accidentally killed the other 52 residents of the convent with her tainted vichyssoise.

Upon discovering the disaster, Sister Mary Regina, Mother Superior has a vision in which she is told to start a greeting card company to raise funds for the burials. The greeting cards are an enormous success and, thinking there is plenty of money, the Reverend Mother buys a 3D HD Flat Screen TV for the convent, leaving her with no money in the kitty to pay for the last four burials.

With the deceased nuns on ice in the deep freeze, they decide to stage a variety show in the Mount St. Helen’s School auditorium to raise the necessary amount.

"Nunsense" is directed by Adam Eaton and Jennifer Perrin.