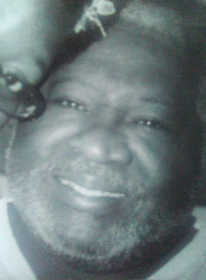 Charles was born July 24, 1952 in Greencastle. He was born to Charles Due and Willa Mae Robinson. He was raised by his loving grandmother, Ms. Lucy Brousard.

Charles was a loving father, a dedicated grandfather, a beloved brother, a cherished nephew, the cool uncle and a loyal friend.

Growing up on the south side of Greencastle, Charles made many friends and was well-known and respected by people in town.

He spent much of his time playing sports and being outside. He loved to fish and to have a good bonfire. Those friends that turned into family were invaluable to him.

There was not a crossword puzzle Charles could not solve. He enjoyed doing puzzles and listening to the radio.

Charles spent many years as a mentor and as counselor for children. He mentored many kids over the years. He was known for always having a listening ear and giving sound advice.

What he cherished most were his children, grandchildren and family.

Charles was preceded in death by his grandmother, Lucy Brousard; his mother, Willa Mae Robinson; his father, Charles Due; his aunts, Virginia Sligh and Jackie Jean Jackson; his sister, his brothers, Randy and Richard Robinson; his cousin, Tony Churchill; his son, Charles Aaron Brousard; and his granddaughter, Kayla Noel Goggins.

To say he was well-loved is not enough. He was our beloved and will be genuinely missed.

Though we can no longer see him with our eyes or touch him with our hands, Charles will be forever felt in our hearts.

Graveside services will be held at Forrest Hill Cemetery in Greencastle on Saturday, March 21 at 1 p.m.

Bousley Funeral Home is assisting with the arrangements.

The Lord is my shepherd; I shall not want. He makes me to lie down in green pastures; He leads me beside the still waters. He restores my soul; He leads me in the paths of righteousness for His name’s sake. Yea, though I walk through the valley of the shadow of death, I will fear no evil; For You are with me; Your rod and Your staff, they comfort me. You prepare a table before me in the presence of my enemies; You anoint my head with oil; My cup runs over. Surely goodness and mercy shall follow me all the days of my life; And I will dwell in the house of the Lord forever: Psalm 23:1-6