BENNETT'S MINUTES: Thomas making name for himself on travel circuit 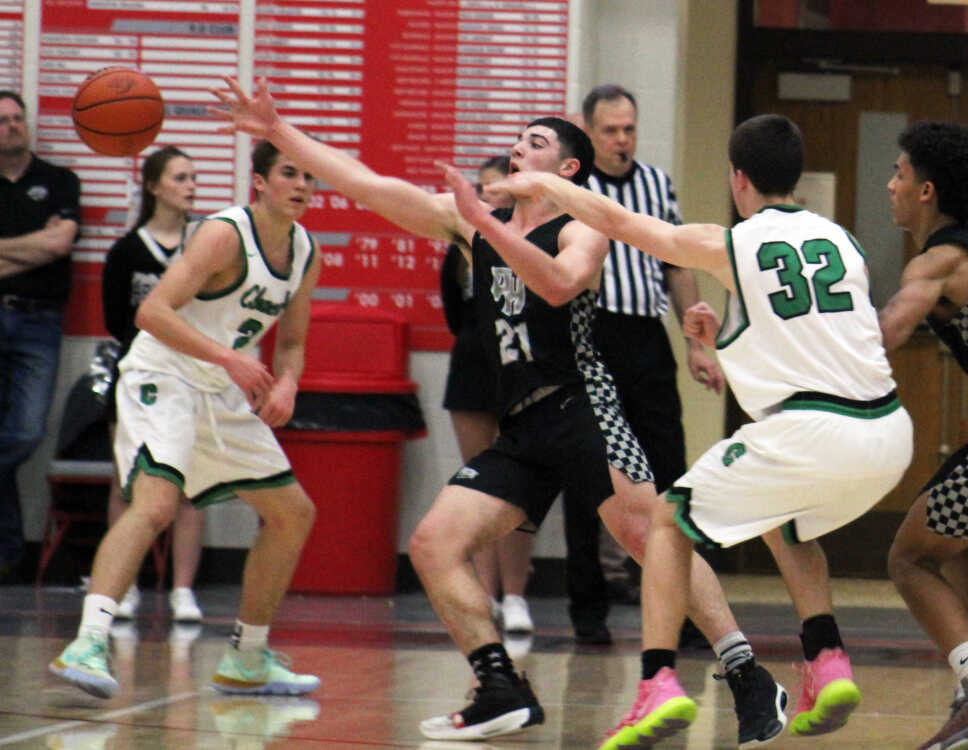 In that game, Thomas hit 5 of 7 shots overall including four from 3-point range.

In the Championship Gold round, Thomas had 13 points in a 64-42 win over DV45 of Michigan (sponsored by Denzell Valentine of the Chicago Bulls). He hit all three field goal attempts from long range and all four free throws.

GPP rolled past Nova Village 74-53 in the semifinal round, as Thomas had 9 points on 3-of-3 shooting from long range.

In the championship game, GPP fell 74-65 to Indiana Elite to finish as the tourney runnerup. Thomas had 5 points on 2-of-4 shooting.

The Prep Hoops Indiana basketball website has Thomas ranked as the No. 38 college prospect for the class of 2022.

• Some information on summer activities of Putnam County athletes of all ages is easy to come by online, while many others are far more likely to take place without the Banner Graphic ever knowing they happened.

Parents, athletes and high school coaches are encouraged to send information on athletes competing in summer activities in all sports to:

If the information is online, please indicate the website address. I follow numerous teams on Twitter to try to learn of activities, but surely don’t follow all the ones that would be helpful. If your athlete plays for a team competing this summer which has a Twitter account, please let me know.

• Monday marks the advancement of the IHSAA sports reopening program into Phase II.

Each athlete or parent should check with individual schools and coaches to find out specific changes, but from looking at each school’s plan most schools are operating basically under the same guidelines.

Some differences include removing the 15-hour limits on athletes, allowing of intrasquad scrimmages, girls’ golf teams to begin official practice on July 31, football activity increasing to two days per week with a maximum of three hours per session (with allowance of helmets, shoulder pads, mouthpieces and girdles, but no live contact to ground permitted), the removal of group sizes for activities (with social distancing encouraged when possible) and spotters now being allowed during weight lifting sessions.

Phase II continues through Friday, Aug. 14. Games with fans in attendance may begin on Aug. 15, including football scrimmages.

Of course, any of this is subject to change at any time.

• Someone asked recently if I knew the most recent boys’ basketball player from North Putnam to go on to compete in college. I did not, although I’m sure Steve Fields would have known.

Anyone with information on this topic is asked to send to the e-mail address mentioned earlier.

• It felt great to be at a sporting event again on Monday, even if standing and walking for two and a half hours allowed me to relate to players who felt they were out of shape after doing much more work than I was.

I actually got to go to another game on Thursday, as I attended the College Summer League All-Star Game at Victory Field.

My interest in that contest, besides just wanting to be a in a ballpark again, is that I will be covering recent Linton-Stockton graduate Kip Fougerousse in the game.

I have been writing some stories this summer for the Greene County Daily World, a sister publication of the Banner Graphic, while the GCDW awaits the arrival of its new sports editor next month.

Some familiar names to Western Indiana Conference fans are playing in the game, including Northview’s Braydon Tucker and Edgewood’s Ethan Vecrumba (both of Indiana University).

Fougerousse will be a freshman at IU this fall.

He related a funny story in a podcast on iubase.com earlier this month about how he has already benefited his new program.

Even though Fougerousse hasn’t yet taken the field for the Hoosiers, he has already helped land a future recruit for the program in California high school infielder Tank Espalin — who had earlier signed with Southern California but was released from his letter of intent in June.

Last week, Fougerousse was invited to Las Vegas by Tommi Stockham (one of IU’s incoming volleyball recruits). He accompanied Stockham, who also had previously been committed to USC and is friends with Espalin, on a trip to California.

“While I was there, Tank messaged Tommi and told her he was getting recruited pretty hard by Indiana,” Fougerousse recalls. “She said she was with an IU baseball commit right then, and wondered if maybe we could meet up.”

Espalin was only 30 minutes away, and the trio got together.

“We did some baseball workouts on the field, hit and got to know each other a little bit,” Fougerousse said. “We got cleaned up and went out to the beach that night. I was telling him how great Bloomington, the coaches and players are. The next morning, I wake up and he had committed to IU. That was crazy.”

Seniors Josh Pyne of Linton-Stockton and Luke Hayden of Edgewood will join IU’s program in the fall of 2021 as the defending Big Ten champions continue to mine the Wabash Valley for top baseball talent.

Braden Scott of Shakamak was a senior this year, and can return next spring if he chooses.