Area 30 board approves addendums to handbook 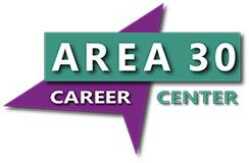 The Area 30 Interlocal Board of Directors approved addendums to local handbooks during its September meeting.

The first ones pertained to two employees in terms of benefits. One was an approval that he or she will receive two personal days, five family illness days and five sick days -- all of which are non-accumulative.

Another change was the other no longer having an option for health insurance. Director Lora Busch said this was an agreement between her and the employee.

Busch told the Banner Graphic Monday that Area 30 did not have to follow the same guidelines as large employees under the Affordable Care Act (ACA). This is because it has less than 50 employees, and is thus considered a small business under the ACA.

With the approval, North Putnam Superintendent Nicole Singer gave a dissenting vote. She expressed concern that health coverage might not be returned if it was taken away.

The board also approved addendums which updated specifics on the Title IX coordinator. The Area 30 director is to be identified as the coordinator, and the addendums also included language about the definition of sexual harassment and the obligation to respond.

• Busch said that students and teachers are able to be physically distant in all of the classrooms at Area 30.

• Busch reported that the eighth annual Scholarship Fund Golf Scramble will be on, but different this year. Teams can play at any golf course of their choosing during October. Teams will submit scores and photos of them on the course. The deadline for teams and sponsorships is Sept. 30.

• Busch announced that bus inspections at Area 30 will be conducted by the Indiana State Police on Wednesday.

South Putnam Superintendent Bruce Bernhardt arrived at the meeting after its adjournment.

The next regular meeting of the Area 30 Interlocal Board of Directors is set for Tuesday, Oct. 6 at 9 a.m. in the board room at the Area 30 Career Center.