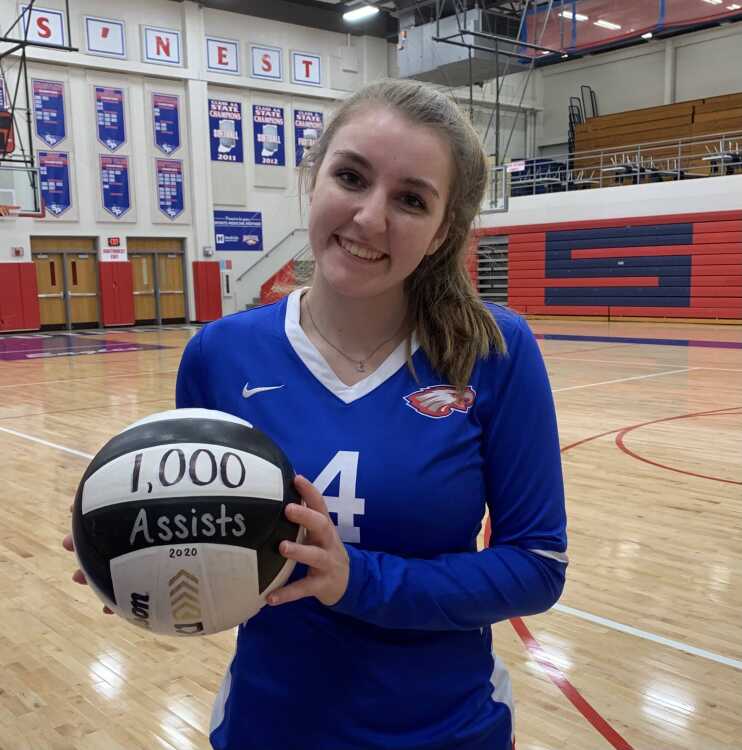 During the 2020 volleyball season, South Putnam senior Chloe Custis collected her 1,000th assist as an Eagle.

Custis finished the season with 1,742 assists, helping the team to a 26-3 record during the 2020 season as well as to Putnam County and Western Indiana Conference titles.

Due to COVID, South Putnam’s game with Edgewood was postponed Thursday evening with a makeup date to be announced.

Cloverdale also has postponed its game Friday night at North Daviess and its Saturday game at Shakamak. Both games may be rescheduled later this season.

The Tiger Cub trip to Brown County the following evening has been postponed. A makeup date will be announced at a later time.