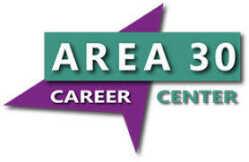 As it continues to organize for the transition to Next Level Programs of Study (NPLS), new courses synced with the initiative will be coming to the Area 30 Career Center.

Area 30’s interlocal board of directors approved a program inventory for several new pathways during its regular meeting Tuesday morning. These programs include existing courses which have been adjusted for the NLPS curriculum.

In the same vein, the board approved for Cloverdale High School to add Agribusiness, Agriculture Structure, Fabrication and Design and Work-Based Learning: Agriculture as career and technical education (CTE) courses.

With regard to Area 30’s new fire and rescue program, Assistant Director Chad Nunley said that interviews were still being conducted with potential fire instructors. He added that the postings for these positions had been sent to the Greencastle Fire Department.

Area 30 Director Lora Busch added that positions had been posted on the websites for Area 30 and the Indiana Department of Education. It was also noted that the candidates selected would be licensed to teach within both the hospitality and fire pathways.

• Busch announced that Area 30 will host a student art show from April 21-23. The show will be open to students, staff, principals and board members only.

• The board passed a joint resolution opposing education savings accounts (ESAs) and expansion of school vouchers. The resolution is similar to others recently passed by the Greencastle and Cloverdale school board, in that they advocate for directing more resources to public schools.

• The board approved Area 30 hosting guest speakers and for students to participate in daytime field trips. Busch said the Putnam County Health Department had approved the move, and that all students, staff and guests would still be masked and socially distanced.

• Busch announced that there were 25 new members and nine returning members in Area 30’s National Technical Honor Society. She stated that advisers Sharon Bone and Brianne Bumgardner are organizing a drive-through celebration at Area 30 on April 1 from 6 to 7 p.m.

Superintendents and board members Jeff Gibboney, Bruce Bernhardt, Nicole Singer, Greg Linton and Laura Penman all joined Busch and Nunley for the meeting.

The next regular meeting of the Area 30 Board is scheduled for Tuesday, April 13 at 9 a.m. in the Old National Trail boardroom.