StoryWalks a focus for PCPL outreach 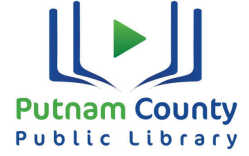 In an effort to reach out to communities beyond Greencastle, the Putnam County Public Library is planning to bring stories to them.

The library’s marketing and communications director Kaitlin Tipsword presented a burgeoning concept for a StoryWalk project to PCPL’s board of trustees Wednesday evening.

Laminated pages from children’s books are attached to displays which are installed along an outdoor path.

A movement for communities nationwide to support StoryWalks was developed by the Kellogg-Hubbard Library in Montpelier, Vt. Since the concept’s inception, StoryWalks have been installed in all 50 states.

The goal now is to install three full storyboard walks. One would be located on the Albin Pond trail near Tzouanakis Intermediate School. Another would be installed at or near Roachdale Elementary School. The final one would be in Cloverdale, with discussions being had with the Cloverdale Park Board about where to put it.

Tipsword emphasized that one of the project’s goals is to place storyboard walks near schools where 50 percent of students receive free or reduced lunches. The overarching idea is to make them fully accessible as a benefit to the community.

“It’s about bringing the library to people instead of forcing them to come to us,” Tipsword said, noting the time it takes to travel from a place like Roachdale to Greencastle.

She reported that the project has interest from multiple partners, including the Roachdale Public Library, Purdue Extension, Main Street Greencastle, Roachdale Elementary, the Putnam County Soil and Water Conservation District (PCSWCD), People Pathways and the Greencastle and Roachdale municipal governments.

Two StoryWalk installations wold cost $9,400, with 20 page displays included per installation. Tipsword added that the PCSWCD would cover the Albin Pond walk through a fund dedicated to Sue Crafton.

Other StoryWalks have been installed by the local libraries in Monroe and Johnson and St. Joseph counties. These, she said, will serve as templates for Putnam County’s project.

The project as an entity would be responsible for managing the installations and selecting the reading materials. The library would establish a $1,200 for purchasing books. Additionally, Tipsword said the stories could be rotated three-to-four times a year.

As to building the StoryWalks, it was stated that partnerships could be established with the Boy Scouts and 4-H Woodworking for their respective projects.

• It was announced that Board Treasurer Lisa Barker is planning to retire this year. Library Director Matt McClelland said the library was looking for a replacement and a job description was close to being posted. However, it would be reviewed by the board first.

McClelland emphasized that a human resources element would be included, noting that Barker has fulfilled this capacity. Board President Kayla Flegal commented that getting a heads-up now allows PCPL to find a suitable candidate and for staff to be “empowered” with the transition.

• McClelland reported that PCPL was tackling a strategic plan that has been in progress. He noted that elements of the plan included fundraising, innovation, community engagement and access. McCelland also emphasized that input from “non-library” community members was important.

Jamie Nees was the only board member absent at the meeting, which was held via Google Meet. Barker was also present.

The next regular meeting of the Library Board is scheduled for Wednesday, April 28 at 6 p.m. Those interested may contact PCPL for more information.