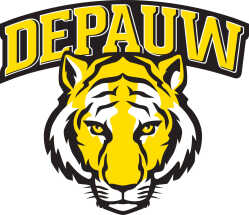 The Tigers hit .270 in the opening set and never trailed on the way to the 25-20 win. The Battling Bishops scored the first seven points of the second set and outhit the Tigers .476- -.222 to take a 25-8 win and even the match at 1-1. The third set was tight to start before Ohio Wesleyan scored six straight to take a 10-4 lead. DePauw got no closer than four points as the guests took a 2-1 lead by winning the set, 25-19.

The fourth set included 13 ties and four lead changes and the Tigers scored three straight to even the score at 19-19. The Battling Bishops regained the lead at 22-21, but the Tigers didn’t trail the rest of the set as Katie Gansle’s kill gave the Tigers a 29-27 win to even the match.

In the final set, DePauw held a 10-9 lead before Gansle’s kill started a 5-1 run which lifted the Tigers to the win.

Ohio Wesleyan outhit DePauw, .126-.120 and held a 55-50 edge in kills as Gansle paced DePauw with 12 and Eliza Richardson had 16 for the Battling Bishops. Grace Filbrun had a team-high 17 assists, while Avery Christy chipped in 15. Abby Thierauf paced Ohio Wesleyan with 23 assists. Jenna Purichia had three of DePauw’s four services aces, while Olivia Osuna had three for OWU. Purichia led the Tigers with 41 digs, while Gansle and Lauren Ridgway each finished with six blocks. Neah White paced the Battling Bishops with 26 digs and Ava Kutilek had five blocks.

DePauw returns to action on Saturday, October 30 at WashU with matches against Millikin and the host Bears.