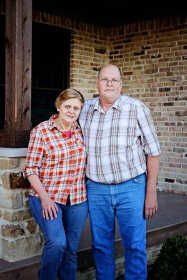 She was a 1972 graduate of South Putnam High School.

Many people may know her from Alan Stanley & Associates (ASA Land Surveying), where she worked for 45 years.

She married Bob Benassi on July 27, 1973, and he survives. She loved spending time with her granddaughter, Bailey. She never missed an Indiana Pacer game and enjoyed watching the Indianapolis Colts. She was one of Reba McEntire’s biggest fans, she had seen her in concert 60 times since 1993.

She was preceded in death by her parents, John Best and Wilma Chambers, and her bonus father, Lewis Chambers.

Funeral services for Sue will be held Thursday, Sept. 15 at 1 p.m. at Whitaker Funeral Home, Cloverdale. Burial will follow at Boone-Hutcheson Cemetery, Greencastle. Visitation will be from 11 a.m. until service time.

Condolences may be made at www.whitakerfuneralhome.net