Time for spring cleaning in Bloomington 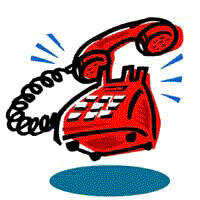 Phone's for you, Kelvin. It's Henry Waxman.

... Sorry about that. It was Kelvin Sampson. Must have been a wrong number.

As I was saying, I know it's not spring yet, but it is time to clean house in Bloomington. Kelvin Sampson has to go. When he was hired, I knew he came with some questionable recruiting violations, but they didn't seem like a big deal to me. The guy had made some phone calls and text messages he shouldn't have.

It didn't seem like an overly big deal at the time. Anyone who follows college sports closely knows that a lot of these NCAA rules are rather obscure and hard to follow. Without a good compliance department, it's easy to break one of them.

I'm sorry, folks. Where was I? Oh yeah. IU has an excellent compliance department. At least they used to. When was the last time (before Kelvin Sampson came to town) that you heard about an IU program committing NCAA violations? It's been a while, people.

I think part of that is Indiana has done a very good job of recruiting people who kept their noses clean. The whole world can say what they will about Bob Knight, but he ran a clean program. Apparently Mike Davis did too. I know people weren't crazy about Mike, and I even heard whispers of shady things going on while he was there, but they never came to light. I think that was more a part of the Davis-hating machine that was so prevalent a couple of years back.

But Sampson is a different sto... You have to be kidding me. It's my phone again. Excuse me.

These guys really don't take a hint. I sincerely apologize.

Here's the deal on Sampson. When he initially made these phone calls at Oklahoma, it was shady, but there was no official rule against it. The NCAA told him to cut it out and he said he would.

But he didn't. He continued to do it and he lied to both the NCAA and IU about exactly how many times he did it originally.

I thought Sampson had an opportunity to take this program somewhere it hadn't been in a long time. As it turns out, he may just take it somewhere it has never been before: NCAA probation.

It's probably too late for the probation, but it isn't too late to do something right. Get rid of Sampson and his staff. Get rid of Athletic Director Rick Greenspan. Start over again clean.

IU needs to do the right thing before the House Oversight and Government Reform Committee or Arlen Specter has to get involved.

More from this blogger · Jared Jernagan
Comments
View 6 comments
Note: The nature of the Internet makes it impractical for our staff to review every comment. Please note that those who post comments on this website may do so using a screen name, which may or may not reflect a website user's actual name. Readers should be careful not to assign comments to real people who may have names similar to screen names. Refrain from obscenity in your comments, and to keep discussions civil, don't say anything in a way your grandmother would be ashamed to read.
Respond to this blog