If you see this one, walk on by 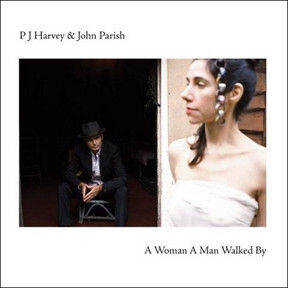 The first track of A Woman a Man Walked By, the new album from PJ Harvey and John Parish, is an outstanding piece of rock titled "Black Hearted Love." It's an obvious single and one of the outstanding tracks of a young 2009.

Unfortunately for the duo, the album, released March 31 on Island Records, it's nearly all downhill from there.

As collaborators and as individuals, Harvey and Parish aren't known for accessible and radio-friendly songs, so "Black Hearted Love" comes as a nice surprise. Parish has called writing the song effortless and even accidental. For her part, Harvey loves it, even if it doesn't fit the album.

"I love that song so much: it feels like a great pop song to me, and there's nothing I don't like about it," she said. "But it was like a freak child, really, because the others didn't come out like that at all."

Parish, who wrote all the music on the album, opens the song with a loud, aggressive guitar riff. The instrumental intro goes on for nearly 50 seconds before Harvey, who wrote all the lyrics, mixes in a top-notch vocal performance

But as the thoughts of the artists indicate, from there it gets weird. They steer clear of the norm, which is cool, but at what cost? Harvey said some the music and lyrics were scrapped because it sounded like previous work.

If the songs were truly that strong, they would have been nice to hear.

What we get, instead, are some nice moments within songs, but difficult listening overall. "Sixteen, Fifteen, Fourteen" has played on banjo, and "The Soldier" features ukulele. While both are charming and fun conventions, they do little to save the songs.

The resource that goes wasted on the record is Harvey's voice. After a good performance on "Black Hearted Love," she descends into an unmelodic mixture of spoken word, whispers and screams (and, I think, barks on one song). Only on "Passionless, Pointless" does the real power of her beautiful English accent return.

Even with the album's struggles, the method of collaboration between Parish and Harvey is admirable. Parish writes and plays all the music, with only studio musicians joining in on two of the 10 tracks. Harvey writes and sings all the lyrics.

There is autonomy and yet there is cooperation. On some tracks, Parish had already written the music and the title, challenging Harvey to write lyrics to fit. On "Sixteen, Fifteen, Fourteen," she took the countdown theme and wrote about playing hide and seek. It's an amusing take and one that Parish likely didn't anticipate.

And this method of songwriting has served Harvey and Parish in the past. They spent a number of years together in the band Automatic Dlamini and collaborated for 1996's Dance Hall at Louse Point. In solo endeavors, Parish has produced a number of Harvey. Even when there is no nominal connection, each one has functioned as a sounding board for the other in the past.

Unfortunately, the new record isn't a high point of the collaboration.

Harvey and Parish don't have much regard for convention. That sounds good, but on this record they seem to be different for the sake of being different.

It's not revolutionary; it's just self-indulgent.

A Woman a Man Walked By is a record to be avoided. "Black Hearted Love" deserves a download, but with the economy as it is, spend your cash elsewhere.

A Woman a Man Walked By