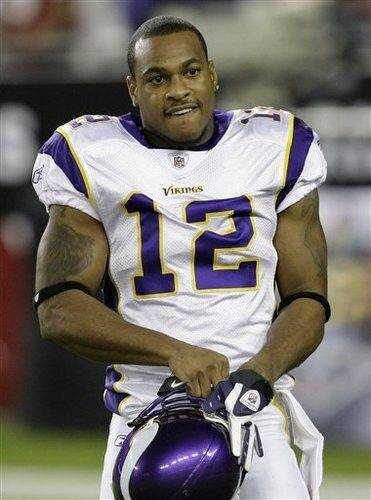 It also wasn't his right arm. It wasn't arthritis or cataracts or incontinence or whatever other ailment the Old Man might be dealing with these days.

Unfortunately, it was the brain of the 2009 AP Offensive Rookie of the Year, a player only a year older than Favre's daughter. When 22-year-old Percy Harvin collapsed at practice on Thursday, it had nothing to do with football.

Instead, it was part of Harvin's ongoing struggle with migraine headaches.

He has had issues with migraines since he was 10. In his professional career, it has caused him to miss last year's week 14 game, followed by the next week of practice. He also missed a pair of practices leading up the NFC Championship Game.

More recently, Harvin missed two weeks of training camp. (In his case, it wasn't a holdout or mulling retirement.)

And now there's this. What's scary is, it isn't getting better. With its control of the rest of the body, the brain is perhaps our most important organ. On the other hand, our understanding of the brain's inner workings is still extremely limited.

When something goes wrong, even the best neurologists are at a loss.

It's a situation all too familiar to some people who are very important to me. My wife has a cousin who has struggled with seizures for over two years now. He's 18 and unable to get a driver's license because he hasn't been seizure-free for long enough.

He barely has a seizure-free day.

They keep searching and seeing new doctors to see what can be done, and keep finding more questions than answers.

On the other hand, my wife has had her own struggles with epilepsy. Because she's been having seizures since birth, she has to take medicine for it for the rest of her life.

The good news is, she's been seizure-free for more than 10 years, including not a hint of problem through her recent pregnancy. We have been extremely blessed, but the threat of problems is always there.

It doesn't get any less scary.

I can only say that Harvin is in my prayers. He's facing something that goes way beyond the Vikings' chances of making the Super Bowl this year. He's facing the rest of his life.

In a sport already struggling with the issue if head injuries, is he just one hit away from a really scary future?